Jul 6, 2020 7:49 PM PHT
Lian Buan
Facebook Twitter Copy URL
Copied
'We, Framers, believe that we do not need another law against terrorism at this time when in fact we have sufficient laws that can thwart terrorists and acts of terrorism' 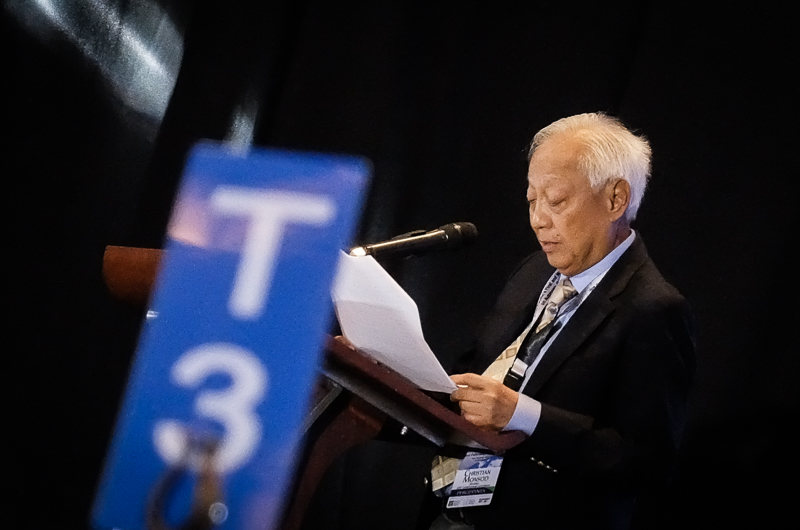 MANILA, Philippines – Framers of the 1987 Constitution have come out against the divisive anti-terror law of the Duterte administration, saying it creates a climate of fear and puts us on a slippery slope to authoritarianism.

“The Anti-Terrorism Act gives unprecedented powers to the administration. And we may already be on a slippery slope to authoritarianism,” said a statement released on Monday, July 6, signed by Felicitas Arroyo, Teodoro Bacani, Florangel Rosario Braid, Edmundo Garcia, Christian Monsod, Chito Gascon and Bernardo Villegas.

Four groups filed their petitions Monday before the Supreme Court seeking to declare either parts or the entirety of the law unconstitutional.

Critics have been campaigning for months that the anti-terror law infringes on the constitutional right to freedom of speech, as well as cuts short constitutional guarantees against right of liberty, and rights against unreasonable searches and seizures. (READ: EXPLAINER: Comparing dangers in old law and anti-terror bill)

“Through the Anti-Terrorism Council in RA 11479, we may be unwitting witnesses to a return to a past of unwelcome experiences,” said the framers.

‘No check and balance’

The framers also slammed the law’s lack of due process for suspects, saying that the anti-terror council “does not provide the accused the opportunity to present evidence to the contrary in a fair hearing.”

“The Council is empowered to unilaterally designate the accused already a ‘terrorist’ even prior to a court determination,” said the framers.

Under the law, the council can:

After these processes, the suspects will have to be brought to court for trial and/or proscription or formal declaration as terrorists, but human rights advocates point out that warrantless detentions and freezing of assets are already unjust harassment.

Framers fear that even the mechanism of a trial is not reassuring.

“It is thus time for candor – that we have a weakened system of checks and balances, that public office has been used to settle personal scores, that we have a poor record of exacting accountability from those tasked to implement our laws as in the extrajudicial killings,” the framers said.

Framers believe that the Philippines has enough laws to combat terrorism. (PODCAST: Law of Duterte Land: Dissecting anti-terror bill and threats to freedoms)

“We, Framers, believe that we do not need another law against terrorism at this time when in fact we have sufficient laws that can thwart terrorists and acts of terrorism,” said the framers.

By Rappler’s count, there are at least 5 more groups who are sure to file petitions within the next few weeks. – Rappler.com