1 soldier killed, another wounded in NPA ambush in Samar

Jul 7, 2020 8:05 AM PHT
Jazmin Bonifacio
Facebook Twitter Copy URL
Copied
One of the soldiers was allegedly hacked to death and burned 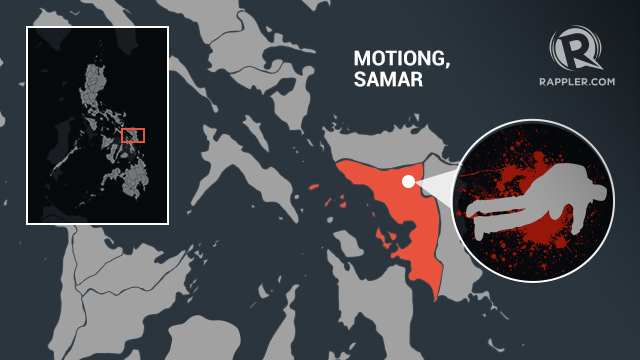 SAMAR, Philippines – Two soldiers of the 14th Infantry Battalion were ambushed by members of the New People’s Army (NPA) in Barangay Canvais, Motiong, Samar, on Monday morning, July 6, according to the Philippine Army.

Captain Reynaldo Aragones, spokesperson of the Philippine Army’s 8th Infantry Division, told Rappler that the two soldiers were onboard a motorcycle and on their way to the municipal hall of Motiong when they were waylaid by NPA rebels.

The two were going to the municipal hall to coordinate with the local government unit for a proposed project intended for the people of Barangay Canvais. It was learned that the soldiers of the 14th Infantry Battalion were doing community work in the said town.

One of the soldiers was allegedly hacked to death and burned, while the other was wounded in the ambush.

Aragones described the attack as “barbaric and treacherous.” The rebels, according to Aragones, also looted the dead soldier’s belongings.

“We mourn the death of one of our [soldiers] whose death [was] caused by the treachery of the NPA,” Aragones said.

It was learned that before the incident happened, rebels allegedly harassed Army personnel and even the Army patrol base engaged in community support programs in the said village.

“This is a clear manifestation na ayaw talaga ng kapayapaan ng mga NPA (that members of the NPA really do not want peace). We will not tolerate and we are taking military action to stop these atrocities made by the NPA who are trying to disturb peace and development in Samar,” Aragones said. – Rappler.com