Jul 8, 2020 11:47 AM PHT
Pia Ranada
Facebook Twitter Copy URL
Copied
The President slams 'bright girls' who write critically of his government. He also claims he doesn't read well-written articles that show him in a bad light. 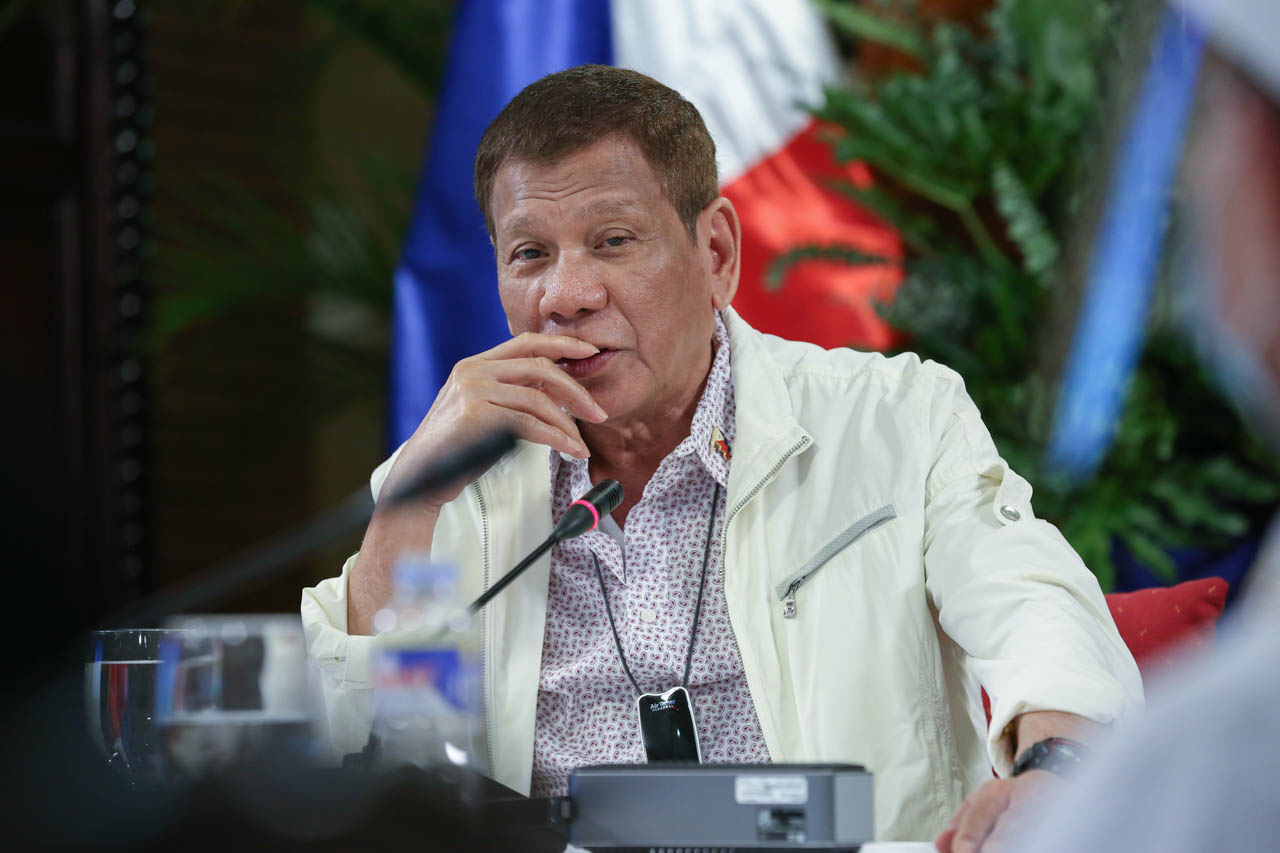 MANILA, Philippines – In a late-night speech that was supposed to be focused on the coronavirus pandemic, President Rodrigo Duterte again made threats against Rappler CEO Maria Ressa.

He launched his rant after speaking about the coronavirus health crisis and allowing task force officials to give updates on it.

Calling Ressa a “fraud” and saying it was “too early” for her to enjoy her journalism awards, Duterte said on Tuesday, July 7: “We are just compiling at this stage. And someday in bold letters, we will show your incongruity.”

But before he mentioned Ressa by name, he denigrated “bright girls.”

The President’s threat comes after Ressa was convicted for cyber libel stemming from a complaint filed by businessman Wilfredo Keng.

Duterte claimed back in February 2019 that he did not know Keng but some months later, he appointed Keng’s daughter to a government post.

Malacañang has also repeatedly denied involvement in the cyber libel case and maintained that because the case involved a private complainant, it did not pose a threat to press freedom.

But press groups, lawmakers, international groups, business groups, and foreign governments have condemned the conviction as a blow to free speech.

Duterte ‘skips’ negative articles about him

If an article about Duterte is well-written but puts him in a bad light, he won’t read it, he claimed in the same public address.

(If you read – that’s why in my case, I don’t read those who are good at writing. For me, you’re a fool. I don’t read. I don’t read the part of the briefer that says there is an article about Rappler – I skip those.)

The first thing he supposedly asks when someone tells him about a certain news article is, is it positive or negative?

This habit, he said, he learned from one of Davao City’s popular mayors Elias Lopez. Lopez was mayor when Duterte was in his early 20s. He created the city’s famous Kadayawan Festival.

Duterte said that in the early days of his mayorship, Lopez had told him, “I’ll give you one good advice and remember this until you die as a politician: Huwag kang magbasa ng mga locals, huwag kang makinig diyan sa ano. They are no better off. Malayo ‘yan sa iyo. Kaya ganon ‘yan sila kasi wala nang magawa sa buhay nila. Hanggang diyan lang ‘yan sila.”

(Don’t read the local [news stories], don’t listen to those. They are no better off. They are far from you. That’s why they are like that beause they have nothing better to do in their life. That’s all they’ll amount to.) – Rappler.com