Over 200,000 students transfer from private to public schools amid pandemic 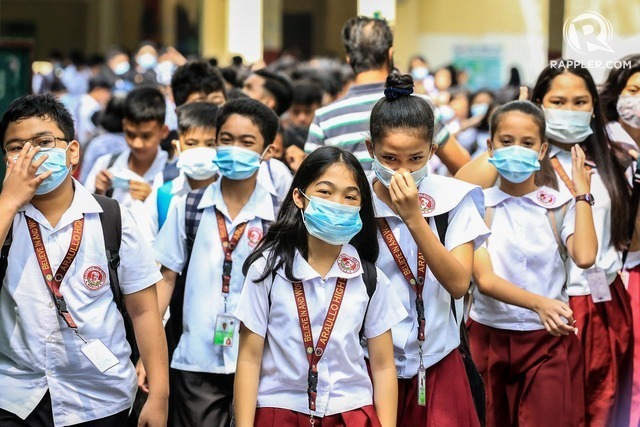 MANILA, Philippines – The Department of Education (DepEd) said on Wednesday, July 8, that more than 200,000 students from private schools had transferred to public schools during the coronavirus pandemic.

DepEd Secretary Leonor Briones attributed this to the economic downturn caused by the closure or limited operations of most businesses and establishments.

“Many professionals who rely on the economy who used to enroll their children in private schools have lost jobs,” Briones said in a mix of English and Filipino during a virtual press briefing.

For Briones, the decline in enrollment in private schools would be resolved when the country restarts its economy.

“I think when the economy opens up, if jobs will be restored, if people will be starting to work again, they would have the confidence in enrolling their children again in private schools,” Briones said.

The country is gradually restarting the economy as President Rodrigo Duterte has placed Metro Manila and other areas under a more relaxed general community quarantine. (READ: EXPLAINER: What’s modified ECQ and modified GCQ?) 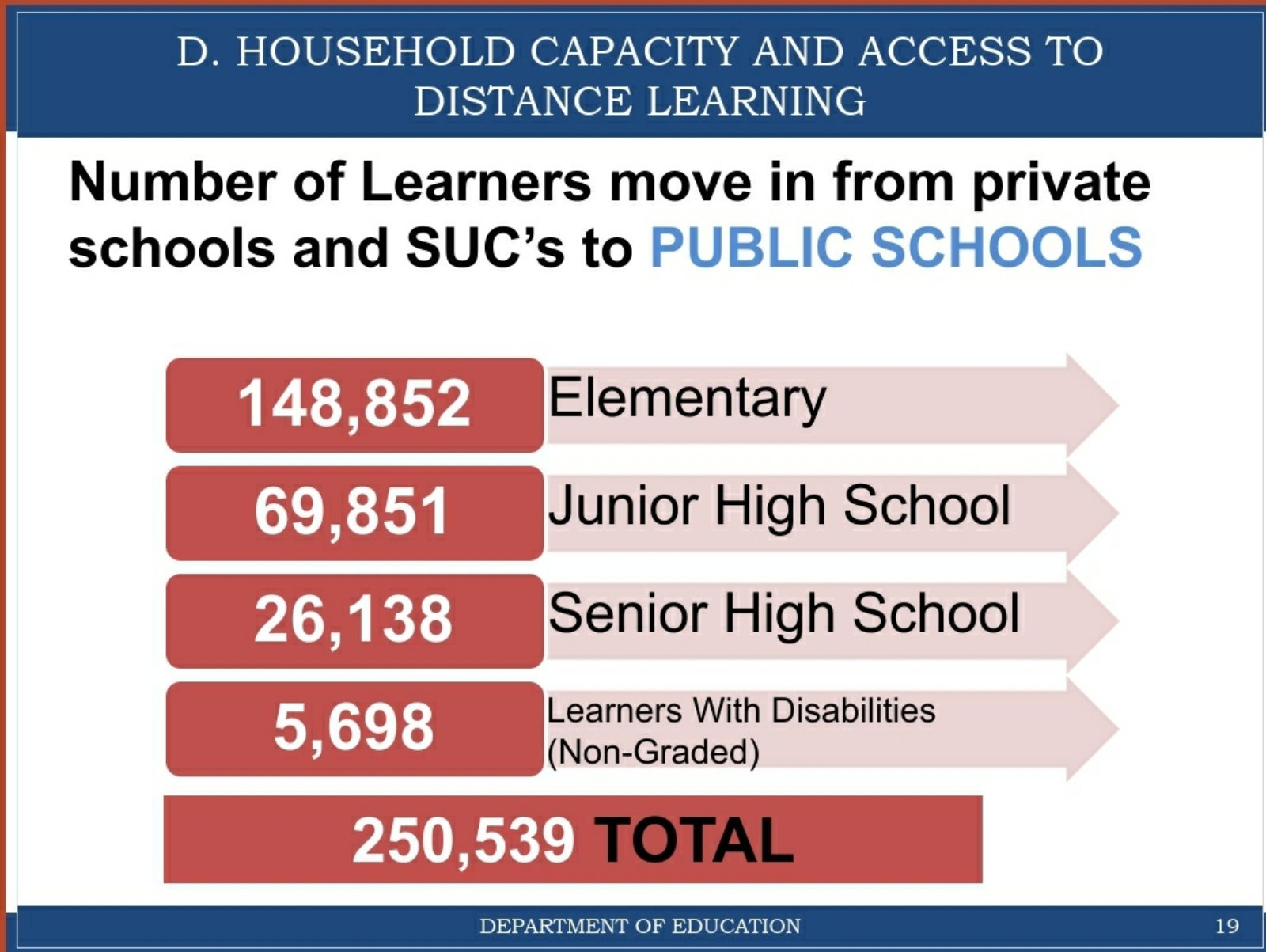 According to the Philippine Statistics Authority, unemployment in the country soared to 17.7% in April 2020, equivalent to around 7.3 million jobless Filipinos amid the pandemic.

The Coordinating Council of Private Educational Associations, as well as the Alliance of Concerned Teachers, estimate that over 400 private schools might just close down due to lack of enrollees.

Based on the DepEd enrollment data as of July 7, a total of 866,935 students have enrolled in private schools. This was a big decline from 4 million private school students in 2019.

Over 18.6 million private and public schools students have so far signed up for the class opening on August 24, DepEd said. The initial enrollees is just a little over half of last year’s 27.7 million students.

The enrollment, which is being done remotely, is extended until July 15.

Parents and students pointed out that the coronavirus lockdown affected household finances, and many Filipinos don’t even have access to a computer or the internet. The President himself doubted the country’s capability to implement distance learning. (READ: Duterte on DepEd’s distance learning: ‘I don’t know if we’re ready’) – Rappler.com