PH gov’t to allow motorcycle back riding for couples 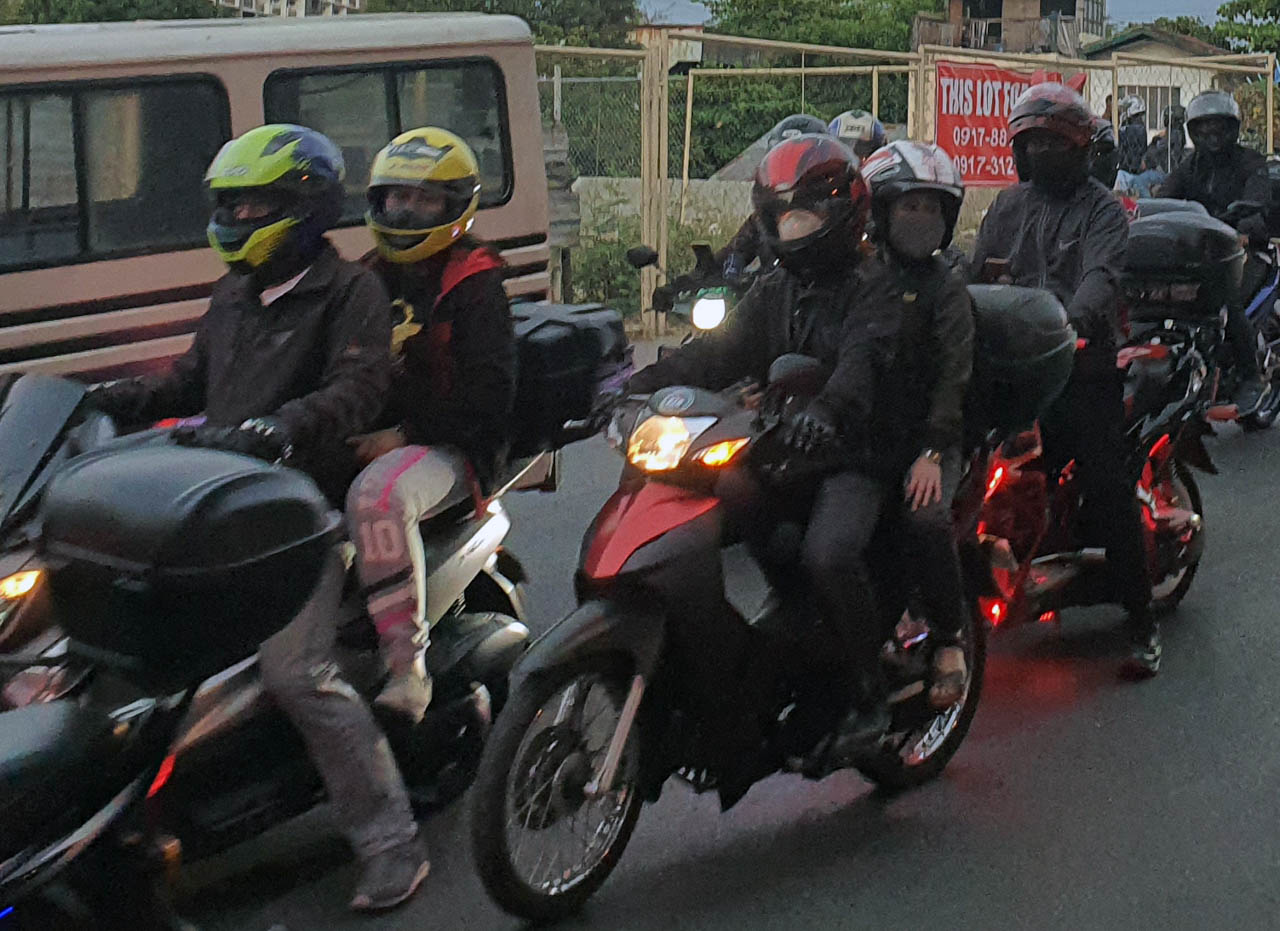 MANILA, Philippines (UPDATED) – The national government is set to allow motorcycle back riding for couples on July 10, Department of the Interior and Local Governmet (DILG) Secretary Eduardo Año said on Thursday, July 9.

In an interview with dzMM on Thursday morning, Año said the government’s national task force against the novel coronavirus (COVID-19) has approved the recommendation of Bohol Governor Arthur Yap that couples should be allowed to share a a motorcycle.

How will it be implemented? Presidential Spokesman Harry Roque said that back riding will only be allowed for married couples and the motorcycle they are riding must have a “shield” similar to the one designed by Governor Yap.

He even flashed a photo of the prototype during his press briefing. 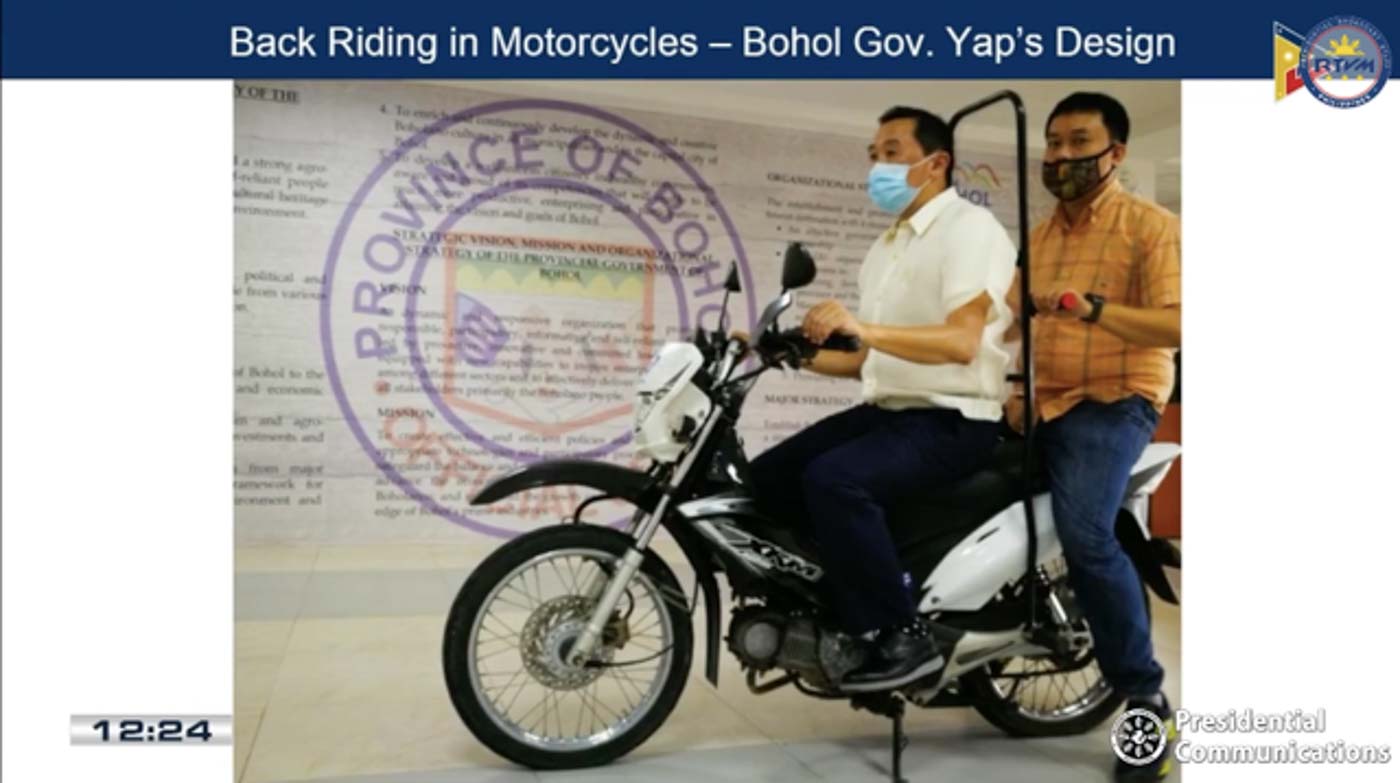 “Backriding for married couples is allowed with a shield like the prototype made by Bohol Governor Arthur Yap. The couple must follow minimum public health standards like mask-wearing and helmet,” said Roque on Thursday.

But Metropolitan Manila Development Authority (MMDA) spokesperson Celine Pialago said that back riding is also allowed for couples who aren’t married, like common-law spouses and girlfriends and boyfriends who live in the same house.

The MMDA will ask back riders to show documents proving they live in the same house as their driver.

“We in the MMDA will advise citizens to bring their valid IDs and any documents to prove you live in the same house,” she said in Filipino during the Laging Handa press briefing on Thursday.

Why does this matter? Back riding is banned in any area under quarantine, which still covers much of the country in various degrees. (READ: ECQ, MECQ, GCQ, MGCQ: Who can go where?)

In defending the ban earlier, DILG Secretary Año said that the virus does not choose who to infect, even couples.

What comes next? Like other directives, the policy shift must be reflected in the government’s guidelines, which are issued by the Inter-Agency Task Force, composed of Duterte Cabinet members.

Roque said the guidelines will be approved on Friday, July 10.

The DILG may also issue a memorandum to order or advise local government units who have passed their own ordinances to ban backriding for all that they allow couples to share a motorcycle again. – with a report from Pia Ranada/Rappler.com