Jul 9, 2020 11:22 AM PHT
Rappler.com
Facebook Twitter Copy URL
Copied
The members of the European Parliament's Media Working Group say that the cyber libel conviction 'is part of an orchestrated campaign of legal harassment against Maria Ressa and Rappler' 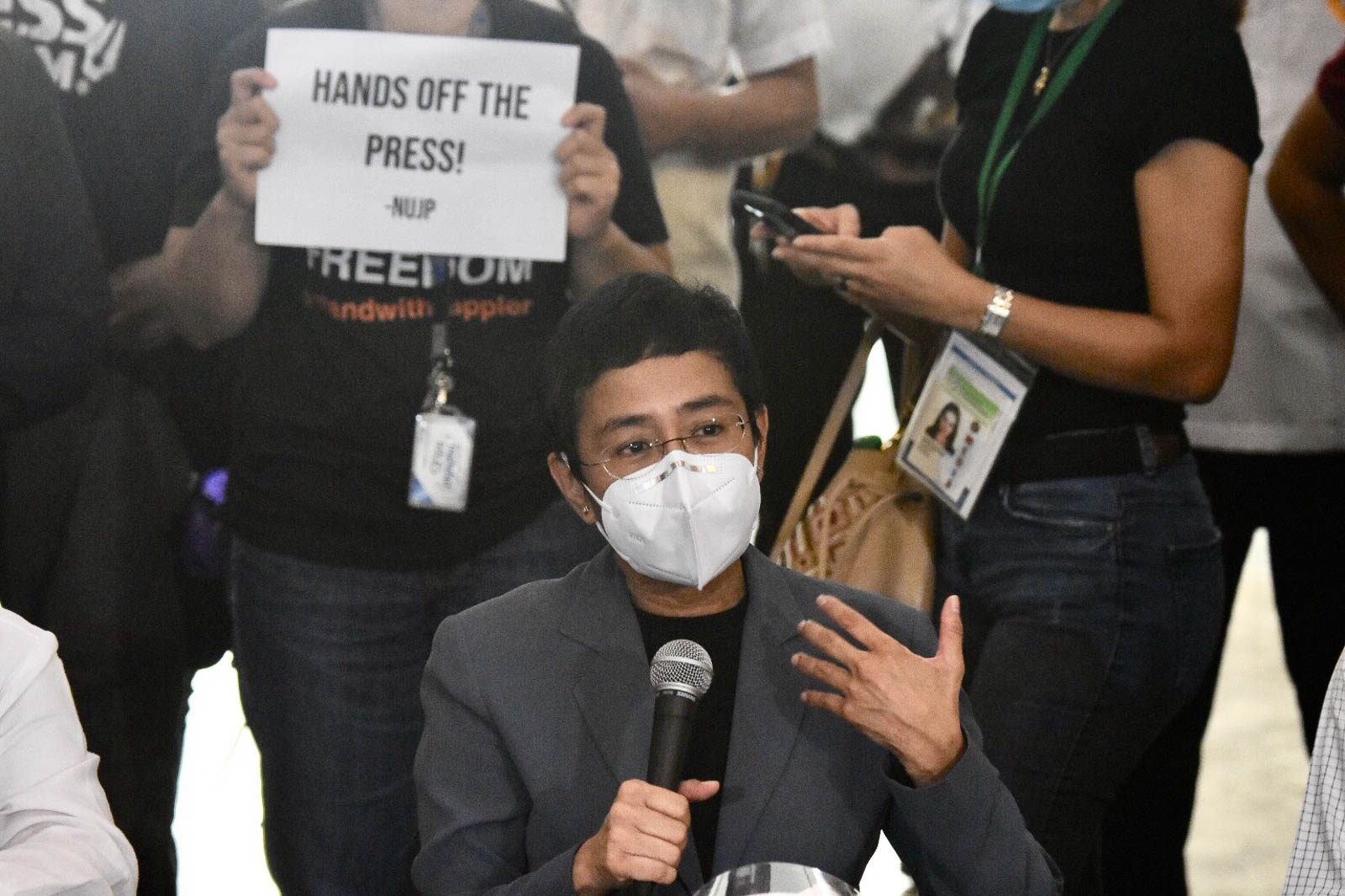 In a letter addressed to the President dated Tuesday, July 7, the group said that the cyber libel conviction of Ressa and former Rappler researcher Reynaldo Santos Jr “is part of an orchestrated campaign of legal harassment.”  (VERDICT PRIMER: Legal and factual issues in Rappler, Maria Ressa cyber libel case)

“We are calling on you to drop all charges against Maria Ressa and Reynaldo Santos, not oppose the appeal of her conviction in the cyber libel case, and guarantee a free and independent press in the country,” the EP members said.

The EP members noted that Ressa, together with Rappler, faces 7 other cases that expose her “to almost 100 years in prison as a result of all of these cases.” (READ: LIST: Cases vs Maria Ressa, Rappler directors, staff since 2018)

These include tax evasion cases against Ressa and Rappler Holdings Corporation, alleged violation of the Anti-Dummy Law and the Securities Code, and a Securities and Exchange Commission order to revoke Rappler‘s registration, which the Court of Appeals has remanded to the SEC for review.

The EP members expressed concern that Ressa and Santos’ arrest sends a message to journalists that they will be imprisoned for critical reporting.

“We are worried that her arrest shows that the law in the Philippines is used against journalists perceived as being critical of the authorities,” they added.

The letter was signed by the following members of the EP’s Media Working Group:

The letter can be read in full below:

On June 15, Ressa and Santos were sentenced to a minimum of 6 months and 1 day to a maximum of 6 years in jail over charges filed by businessman Wilfredo Keng. Their conviction has brought the world’s attention to the state of media freedom in the Philippines, where Duterte’s administration is cracking down on independent outlets such as Rappler and ABS-CBN, among others.

The European Union External Action Service and the United Nations independent expert on freedom of expression had also earlier condemned the conviction of Ressa and Santos. – Rappler.com