ABS-CBN defenders make last stand: ‘Why punish a company that did not breach laws?’

Jul 10, 2020 7:00 AM PHT
Mara Cepeda
Facebook Twitter Copy URL
Copied
The House committee on legislative franchises' technical working group will draft recommendations on whether to grant ABS-CBN a franchise. They may vote on July 10, 2020. 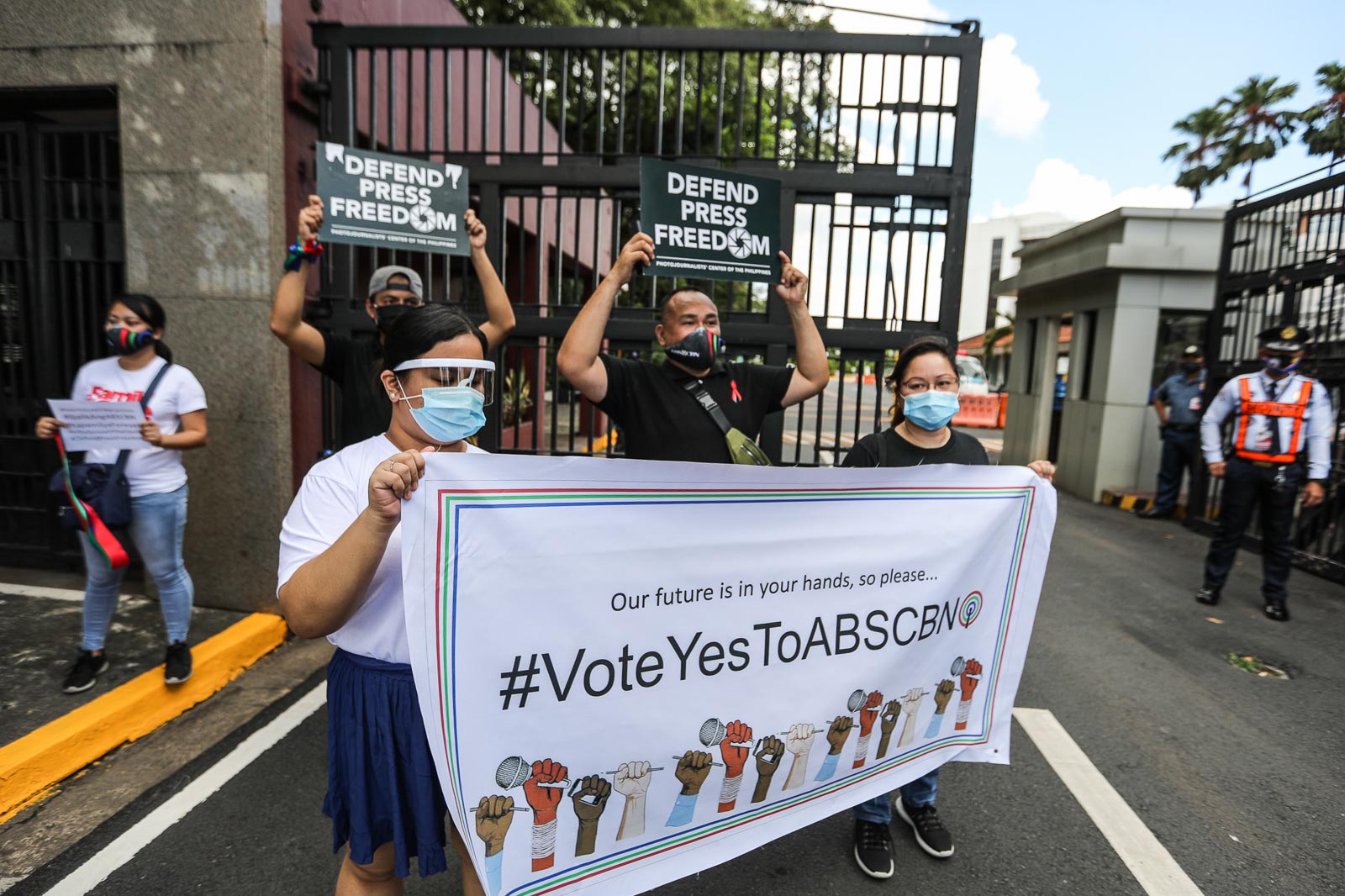 MANILA, Philippines – The defenders of ABS-CBN in the House of Representatives insisted the embattled media network deserves a franchise because government officials cleared it of any wrongdoing.

This was the final message of Deputy Minority Leader Carlos Zarate, who delivered the closing arguments in favor of ABS-CBN as the House committees on legislative franchises and good government and public accountability wrapped up their joint hearings on Thursday, July 9. (READ: Scenarios: What happens to ABS-CBN franchise after House panel vote?)

“Ang tanong ko po: bakit natin paparusahan ang isang kumpanya na walang pagkakasala?” asked the Bayan Muna representative. (My question is: why would we punish a company that did not breach our laws?)

Zarate argued ABS-CBN was able to defend itself against all accusations, with concerned government agencies clearing the network over issues of taxes, labor conditions, and foreign ownership.

(This became a chance for us to prove that even with intense scrutiny, ABS-CBN’s honesty and integrity prevailed. And who proved these right? Government agencies themselves.)

When the dual citizenship of ABS-CBN chairman emeritus Eugenio “Gabby” Lopez III was questioned, the Department of Justice confirmed he is both Filipino and American.

Several legislators also claimed the network is owned by foreigners because ABS-CBN Holdings sold Philippine Depositary Receipts, which are financial instruments used by media entities to allow foreign investments without violating the constitutional rule that media companies should be 100% Filipino-owned.

Zarate pointed out that the Securities and Exchange Commission echoed ABS-CBN’s argument that PDRs holders do not have rights to own or manage the network.

Bureau of Internal Revenue officials also repeatedly told lawmakers that ABS-CBN had been paying the proper taxes in the past two decades.

Zarate, however, had to concede that several labor cases had been filed against ABS-CBN over the years. He represents the party-list group Bayan Muna, which has long been fighting for security of tenure in the country.

Yet Zarate still did not count this as a reason to close down the media giant.

ABS-CBN is applying for a legislative franchise after its old one expired on May 4. The National Telecommunications Commission has since ordered it to cease its television and radio operations and to stop broadcasting its TV Plus and Sky Direct channels.

He said the only opinion that matters in ABS-CBN’s franchise application is that of Congress, as the Constitution bestowed upon lawmakers the responsibility to grant or withhold the franchises of broadcast networks.

“It must be emphasized that contrary to ABS-CBN’s submission, it is not the view of the Securities and Exchange Commission that matters here. It is not the opinion of the Department of Justice that will prevail, not even the Bureau of Immigration or other agencies. It is the will of Congress that should be accorded due respect,” Marcoleta said in his closing arguments.

He said ABS-CBN’s executives and lawyers were “inadequate” in their defense of the network.

The Sagip congressman slammed ABS-CBN for “posturing” to be of service to the Filipino people – referring to the network’s slogan – when the the media conglomerate is allegedly just out to protect the business interests of its owners, the Lopez family.

“It’s not about service. It’s about convenience, the advantage and all the benefits that come with it. It’s not about the Filipino people. It’s all about itself, nothing more, nothing less,” Marcoleta said in his closing arguments.

He once again raised red flags over ABS-CBN’s subsidiaries, like Big Dipper Digital Content and Design Inc and the Lingkod Kapamilya Foundation Inc, arguing these are being used by the network as tax shields.

Marcoleta also said ABS-CBN’s block-time deal with Amcara Broadcasting Network was “usufruct” as the media giant was the one that bought Amcara’s transmitters.

“Amcara has no shows of its own. It has no other client except ABS-CBN. This is usufruct, not block-timing,” said Marcoleta.

He also zeroed in on ABS-CBN’s alleged unfair reporting, claiming it had long been the practice of the network to favor candidates during the elections. The network has denied this.

Much like other critics of ABS-CBN, Marcoleta closed his speech by rejecting ABS-CBN’s contention that killing its franchise application would be an attack on press freedom.

“Kung tatanggapin natin ’yon, ang prangkisa will become a matter of right. Hindi na po siya pribilehiyo. Wala na tayong discretion, puro ministerial na lang,” Marcoleta said. (If we will be follow that [argument], then franchises will become a matter of right. It will not be a privilege anymore. We will not have discretion over it and instead just perform a ministerial duty [approving it].)

“It is high time that the sovereignty of the airwaves be restored to the people, the ones who will finally decide to whom and when to grant this special privilege called franchise,” he added.

At the end of the almost 5-hour hearing, House committee legislative franchises chair Franz Alvarez formed a technical working group (TWG) that would be summarizing all points raised and make recommendations on whether ABS-CBN should be granted a franchise.

They are expected to present their findings to the mother committee on Friday, July 10, the day the House panel may finally hand down its verdict on ABS-CBN.

Speaker Alan Peter Cayetano already said he wants lawmakers to exercise a conscience vote. But, on Thursday, he also told his colleagues that the main issue in ABS-CBN’s franchise is not press freedom, but the practice of big businesses of meddling with the media to protect their interests.