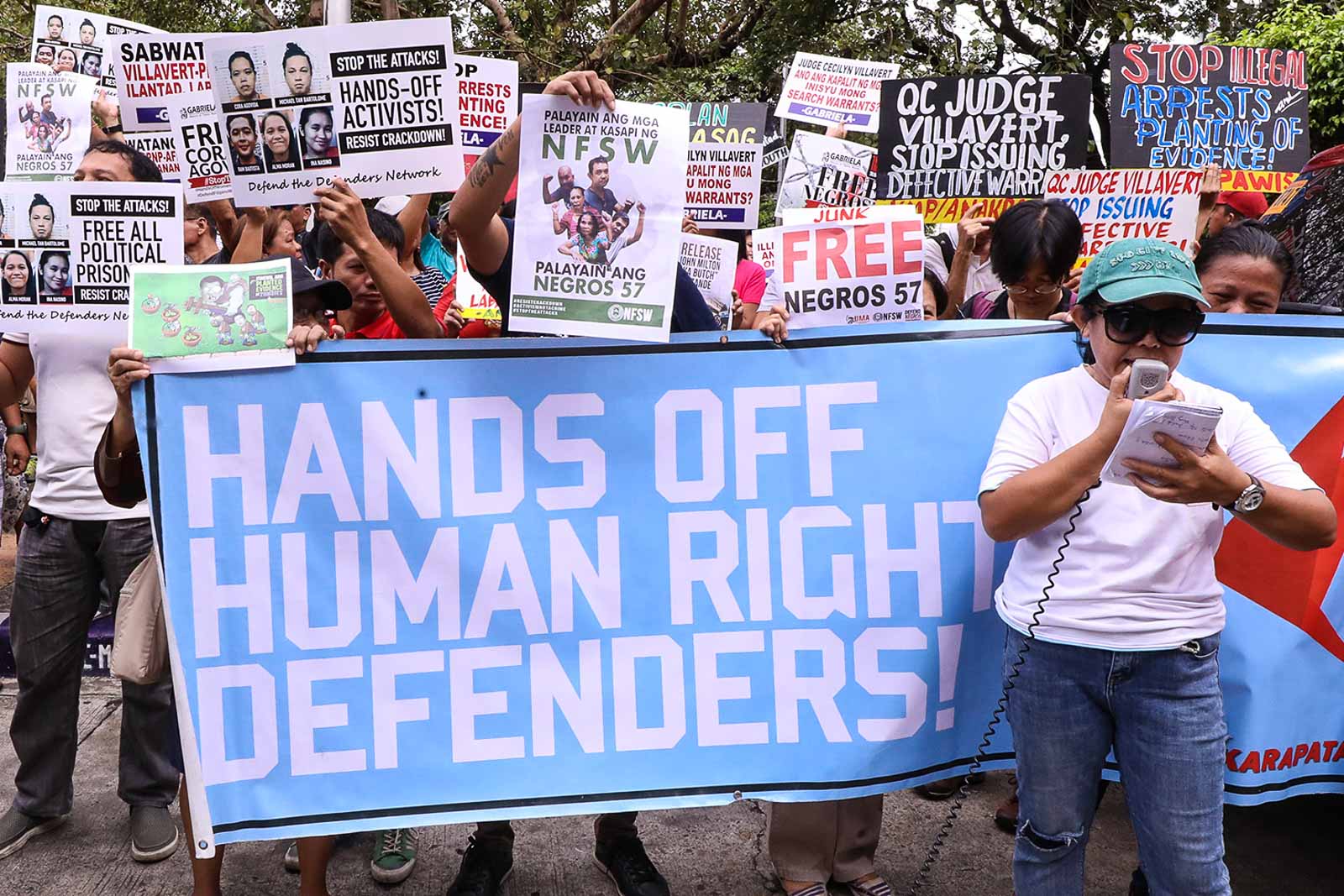 MANILA, Philippines – President Rodrigo Duterte made human rights work in the Philippines deadly through his dangerous pronouncements since 2016, said a national inquiry by the Commission on Human Rights (CHR).

In a report released on Friday, July 10, CHR said that the climate of impunity in the context of violence against human rights defenders (HRDs) was “largely attributable to the pronouncements of the President.”  (READ: Powering through a crisis: Defending human rights under Duterte)

“The President through his pronouncements created a dangerous fiction that it is legitimate to hunt down and commit atrocities against HRDs because they are enemies of the State,” the commission said, adding that this was evident in how his allies and supporters would “demonize” human rights work.

The report stemmed from the national inquiry conducted by CHR in September 2019. Over 4 days, the commission heard from various civil society organizations and human rights groups about their situation in the Philippines amid threats and harassment from the state.

HRDs in the Philippines live a “grim reality” as they faced constant undermining and delegitimization of their work, which lead to systematic attacks that place their “the life, liberty, and security… at great risk.”

The commission also found that HRDs face systematic attacks, including:

“These acts largely remain unabated and HRDs are oftentimes left without any remedy to protect themselves,” CHR said.

CHR said that the Duterte administration “purposely engages” in certain acts that hinder the protection of these defenders. (READ: Lives in danger as red-tagging campaign intensifies)

“Public vilification, including profanity-laden tirades by no less than the president, has ceased to shock the senses of the public,” CHR said. “But for some HRDs, to be publicly named, shamed and accused by [Duterte] is already equivalent to a guilty sentence.”

CHR urges the Philippine government to do desist from red-tagging and calling HRDs as “enemies of the state.”

Instead, it should “publicly acknowledge the legitimacy of the work… and seek to actively protect and promote the ‘right to defend rights.’”

The commission also called for legislation that would protect of human rights defenders. The law should provide mechanisms and avenues for redress, especially for those who find themselves victims of state abuses.

In 2019, the House of Representatives passed the Human Rights Defenders Protection Act, which grants a total of 17 rights and fundamental freedoms, including the freedom from intimidation or reprisal.

Its Senate version, however, is yet to be tackled. (READ: Things to know: the bill that seeks to protect human rights defenders) – Rappler.com