Jul 10, 2020 8:56 PM PHT
Mara Cepeda
Facebook Twitter Copy URL
Copied
The House committee on legislative franchises also recommends an inquiry on the sale of Philippine Depositary Receipts by all industries required to be 100% Filipino-owned, including media 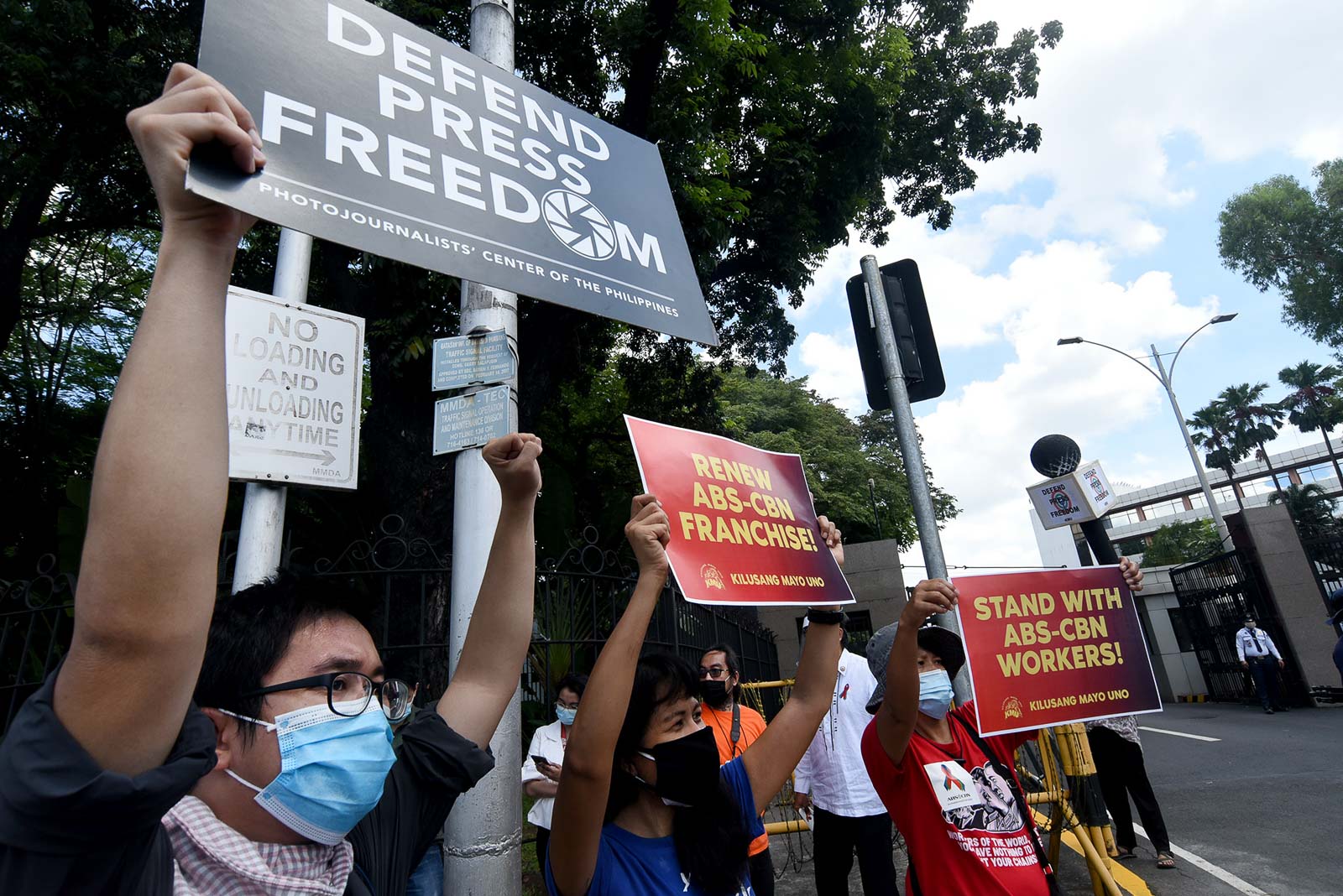 MANILA, Philippines – The House committee on legislative franchises is not yet done with beleaguered media giant ABS-CBN.

After overwhelmingly junking the network’s franchise on Friday, July 10, the House panel also recommended a separate inquiry into the rightful owners of ABS-CBN’s property along Mother Ignacia Street in Quezon City.

The committee also wanted an investigation –  in aid of legislation – on the digital television technology of broadcasters as well as the sale of Philippine Depositary Receipts (PDRs) by companies that are required to be fully owned and managed by Filipinos.

In all 3 issues, the House panel found reasons to doubt ABS-CBN’s integrity and used the alleged anomalies as basis for their rejection of ABS-CBN’s franchise. (READ: After franchise rejection, ABS-CBN says: ‘Kapit lang’)

In its report, the lawmakers wanted the appropriate House panel to investigate “how exactly ABS-CBN was able to recover its properties from the government without recourse to the mandated procedures and in light of recent questions relating to its property in Mother Ignacia, Quezon City.”

In the House hearings, several legislators raised questions on the sequestration of the Lopez family-run ABS-CBN during the dictatorship of Ferdinand Marcos.

Soldiers had seized and padlocked ABS-CBN on September 22, 1972, upon the orders of Marcos, who would later appear on national television to declare martial law.

ABS-CBN maintained the Lopezes did not lose ownership of the network during the Marcos takeover, an argument echoed by no less than former senator Juan Ponce Enrile, the chief implementer of Martial Law.

ABS-CBN would go back on air only in 1986, when Marcos was toppled by the EDSA People Revolution. The dictator was succeeded by then-president Corazon Aquino

On April 17, 1986, the Lopezes then moved to reacquire ABS-CBN, leading to an arbitration agreement with the Aquino government on January 6, 1987. Under this agreement – which the Supreme Court upheld in 1989 – the government paid ABS-CBN P97 million worth of tax and rental exemptions.

But the House committee on legislative franchises doubted these arbitration proceedings because ABS-CBN failed to submit records about them.

“Under the required procedure, ABS-CBN had the burden to prove that it is absolute owner of the properties sought to be returned to it by the government,” the lawmakers said in the committee report. (READ: [DOCUMENT] House panel’s working group recommends rejecting ABS-CBN’s franchise)

“This committee is moreover perplexed why, despite the supposed conduct of said arbitration proceedings, there was no records of said proceedings submitted to the committee despite request by its members,” they added.

The panel members said the probe could also be used to come up with possible amendments to laws governing digital TV in the Philippines.

It was in December 2014 when the country shifted from analog TV services to digital TV technology using the Japanese standard.

This is the technology behind GMA-7’s newly launched Affordabox and ABS-CBN’s TVPlus, which has since been ordered to close down along with the network’s television and radio operations after ABS-CBN’s franchise expired.

The alleged anomalies on ABS-CBN’s digital channels aired via TVPlus through a block-time agreement with Amcara Broadcasting Network were among the reasons why the media giant’s franchise application was rejected by the House panel.

Legislators argued the block-time deal was ABS-CBN’s alleged ploy to “illegally extend” its broadcast services even if its franchise already expired.

ABS-CBN’s bid to renew its franchise suffered an overwhelming loss in the committee, with 11 legislators voting in favor of its extension and 70 members rejecting it.

The next recourse for ABS-CBN is to appeal the panel’s ruling, but the motion for reconsideration could only be filed within 24 hours by one of the 70 legislators who already said no to the beleaguered media network.

PDR probe not just on media

The House committee on legislative franchises also recommended a separate probe into the practice of issuing PDRs for industries required to be 100% owned and managed by Filipinos.

The industries that may soon find themselves the subject of a congressional inquiry are the following:

Issuing PDRs is a common practice among Philippine companies. PDRs are financial instruments used by industries to allow foreign investments without violating provisions of the 1987 Constitution and other laws requiring Filipinos to wholly manage and own their companies.

Commercial law experts agree that PDRs entitle holders to only dividends, and not shares of stock, therefore there is no beneficial ownership.

But the House committee on legislative franchises has a different view, insisting that ABS-CBN’s PDRs “indirectly” allowed foreigners to acquire economic rights to the network.

ABS-CBN’s executives and lawyers, however, already argued their foreign PDR holders have no rights to own nor manage the company.

In 2018, the Securities and Exchange Commission (SEC) attempted to revoke Rappler’s license to operate over its issuance of PDRs to the Omidyar Network. Rappler appealed the case, which has been remanded to the SEC for review. – Rappler.com