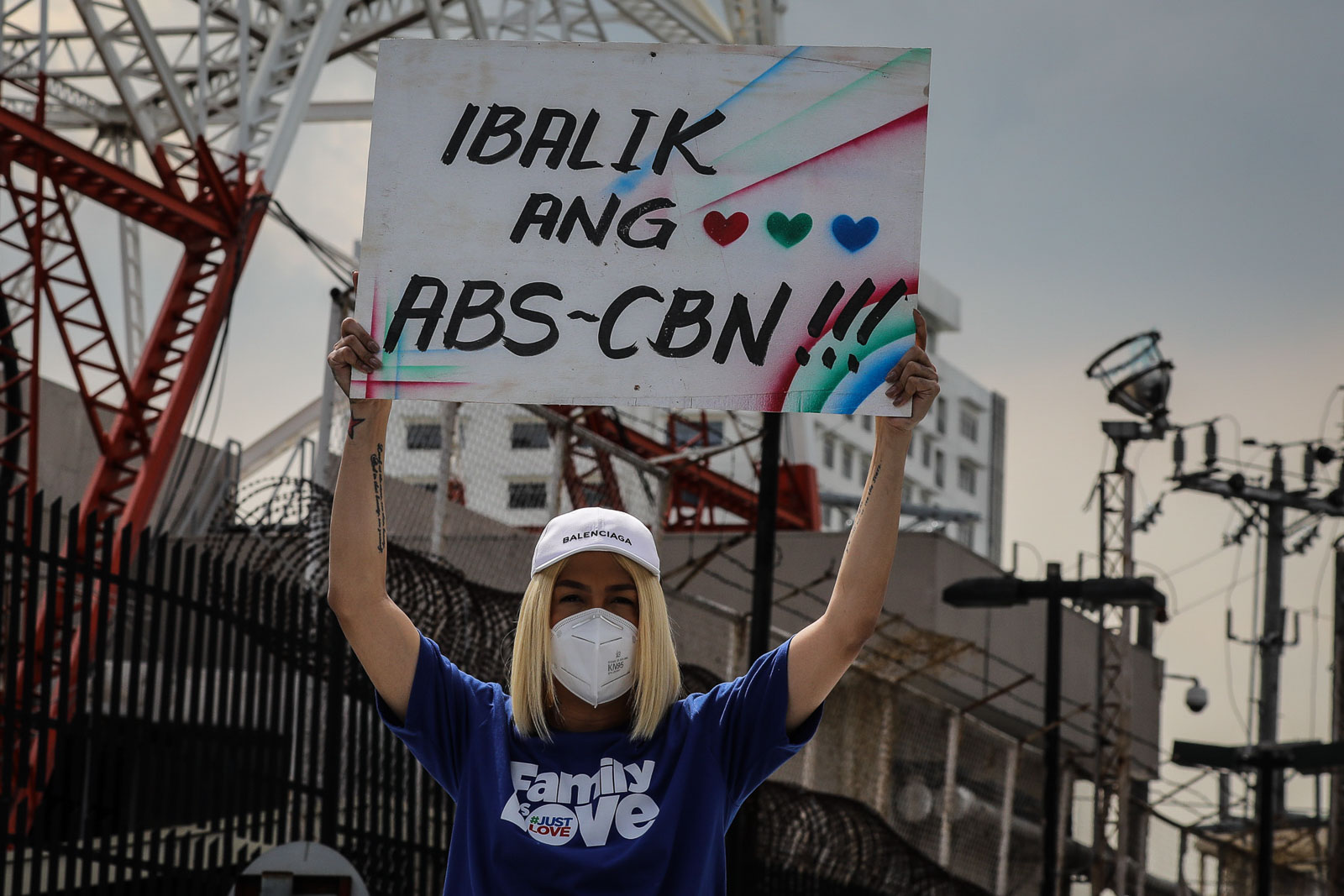 The survey was conducted from July 3 to 6, as the House of Representatives held marathon hearings on the franchise application of ABS-CBN. The network’s franchise lapsed on May 4, prompting the National Telecommunications Commission to order it to stop its operations. (READ: ABS-CBN goes off-air after NTC order)

SWS said that at least 75% of the 1,555 adult Filipinos surveyed agreed to the question: “Congress should renew the franchise of ABS-CBN so that it can broadcast its programs again.”

Only 13% of those surveyed said that ABS-CBN should not be given a new franchise, while 10% were still undecided.

Majority of Filipinos or 56% also agreed that denying the media giant a franchise was a “major blow to press freedom.” Some 27% of those surveyed thought otherwise.

SWS said that ABS-CBN was highly trusted in previous polls. Of the 11 surveys conducted from October 2000 to December 2018, net trust in ABS-CBN was either “excellent” or “very good.”

The survey was conducted using phones and computer-assisted telephone interviews with 1,555 adult Filipinos nationwide: 306 in the National Capital Region, 451 in Balance Luzon or Luzon outside of Metro Manila, 388 in Visayas, and 410 in Mindanao.

The nationwide survey has a sampling error of ±2% for national figures and ±6% for Metro Manila, ±5% for Balance Luzon, Visayas, and Mindanao.

In a statement about the SWS survey on Sunday, July 12, Presidential Spokesperson Harry Roque said that with the non-renewal of ABS-CBN’s franchise, Malacañang “lost a media partner in information dissemination, considering that the broadcast network has one of the widest, if not the widest reach, in the archipelago.” However, he reiterated that the power to grant franchises rests exclusively with Congress.

He also noted the proposal to grant the broadcast network a franchise through a people’s initiative, but raised concerns on whether it’s possible to pass a franchise bill in this manner. “We will defer to the Court if ever it rules on this issue in the future,” Roque said.

During the survey period, House leaders had aired personal gripes against the network. A July 6 franchise hearing extended to over 10 hours. ABS-CBN denied accusations of political bias.

Senior Deputy Majority Leader Jesus Crispin “Boying” Remulla wanted ABS-CBN to be investigated by the National Bureau of Investigation, for its alleged “deception” during hearings.

Remulla had also accused ABS-CBN of lying about Amcara Broadcasting Network, which he claimed was the network’s dummy. – Rappler.com

Here are more stories about the denial of the ABC-CBN franchise: