Jul 12, 2020 1:52 PM PHT
Rambo Talabong
Facebook Twitter Copy URL
Copied
'A noisy press, all the more the sound from outlets which does not please our ears, is the soundtrack of democracy,' says Senate President Pro Tempore Ralph Recto 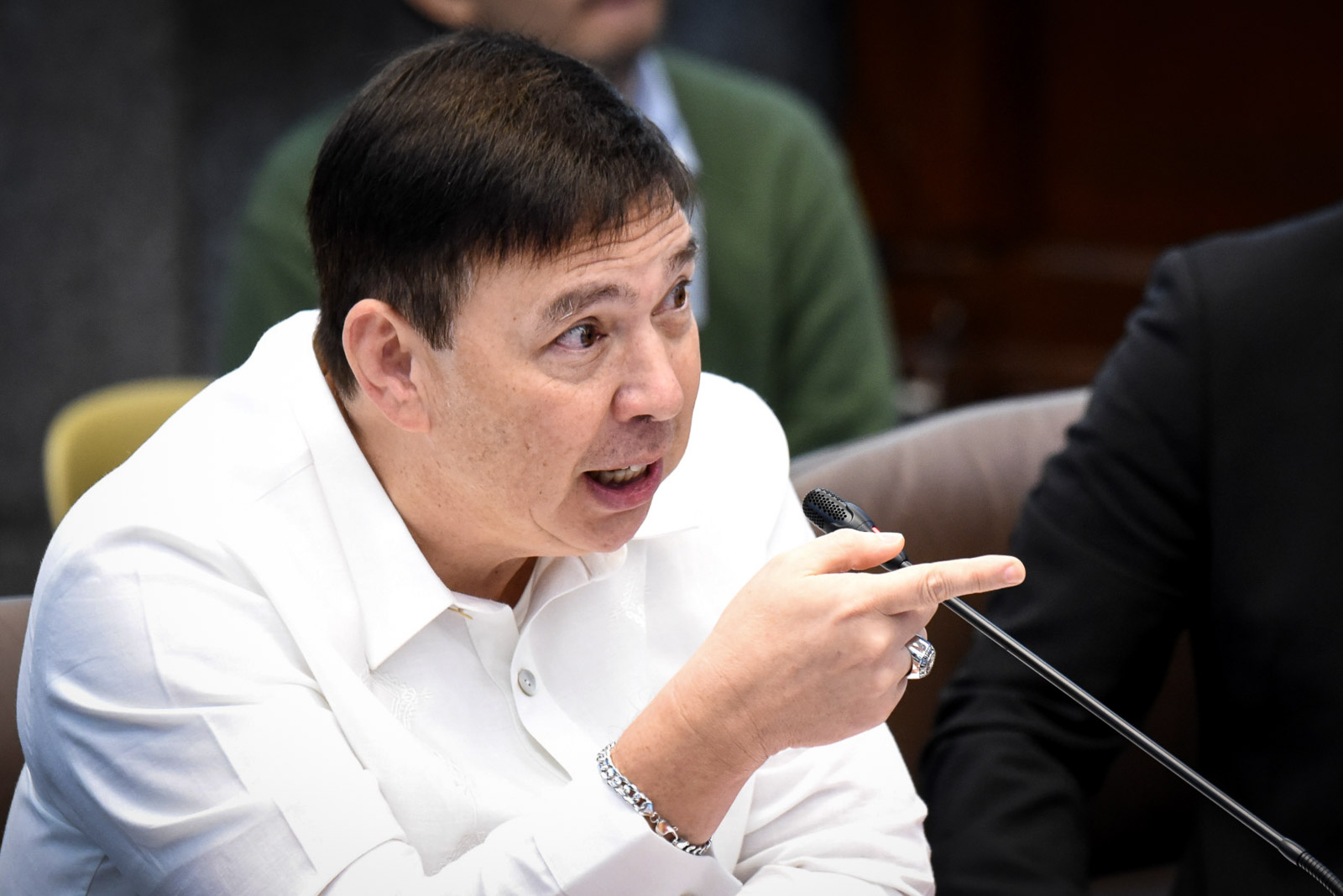 MANILA, Philippines – ABS-CBN does not deserve the death penalty.

This was the message released by Senate President Pro Tempore Ralph Recto on Saturday, July 11, condemning the denial of ABS-CBN’s franchise renewal by the House legislative franchises committee, which effectively keeps the broadcast giant off-air and endangers the jobs of around 11,000 of its employees.

Recto’s wife, Batangas 6th District Representative Vilma Santos-Recto, along with 10 other lawmakers, voted in favor of renewing ABS-CBN’s franchise against 70 lawmakers who voted for its rejection.

“ABS-CBN does not deserve the death penalty. If it erred, penalize it. Because if corporate misdeed is punishable with extinction, no business will be left standing in this land,” Recto said in his statement.

Skewed priorities? Recto also questioned the priorities of the Philippine government, which is currently struggling to respond to the coronavirus pandemic and its damage to the economy.

“At a time when we need every media outlet to disseminate life-saving information, we don’t shut down the one with the widest reach. When each and every job must be saved, we don’t cause the wholesale unemployment of thousands,” he said.

He added: “When we need every tax peso collected so we don’t take a second mortgage on our children’s future, we don’t shut down a large taxpayer. When this nation needs entertainment to fight off the monotony of quarantine, we don’t pull the plug on the biggest producer of them all.”

What happened to ABS-CBN? The House committee on legislative franchises rejected the franchise renewal of ABS-CBN despite various government agencies saying that the company and its owners did not violate any laws.

“Freedom of the press is wasted if solely used to praise. It is not there to airbrush the truth or Photoshop the ugly, but, like a national mirror, is hoisted in front of us so we can see the true reflection of ourselves, wrinkles and all,” he said. (READ: ‘Personal grudges, interests’ prevailed in rejection of ABS-CBN franchise – academics)

Recto added: “A noisy press, all the more the sound from outlets which does not please our ears, is the soundtrack of democracy.” – Rappler.com