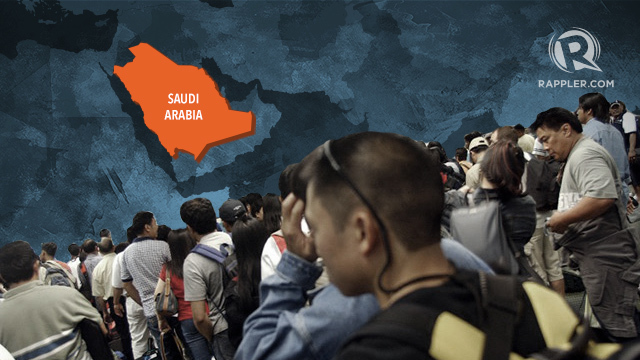 MANILA, Philippines –  The Philippines committed to bring home the remains of over 200 overseas Filipino workers (OFWs) who died in Saudi Arabia after logistical challenges delayed their repatriation earlier scheduled July 4.

The Department of Labor and Employment (DOLE) gave the update on Sunday, July 12, after bodies of the first 49 Filipinos were brought back to the Philippines on Friday, July 10.

“In order for us to fly home more remains of our fallen OFWs from the Kingdom of Saudi Arabia, and pursuant to the communication of the Philippine Embassy in Riyadh, the 2nd batch of repatriation has been moved by a week. More bodies of our dear OFWs will arrive on July 20 instead,” DOLE said.

Labor Secretary Silvestre Bello III earlier apologized to families of deceased OFWs for the delays in bringing home their loved ones.

“We sincerely apologize for the much-delayed homecoming owing to the lockdowns, and strenuous processes that we have to undergo for their return. The added anxiety to the families caused by the suspended homeward journey is certainly undeserved,” he said.

What happened? Saudi Arabia earlier asked the Philippines to bring home the remains of nearly 300 Filipinos who died in the Gulf state, 50 of whom succumbed to the coronavirus.

Philippine Ambassador to Saudi Arabia Adnan Alonto said other Filipinos died of natural causes, but that lockdowns and flights canceled due to the coronavirus led to delays in bringing the remains of OFWs home.

Once the repatriation of OFWs’ remains from Saudi Arabia is completed, DOLE said the Philippine government will work to bring home deceased OFWs from other parts of the region. – Rappler.com