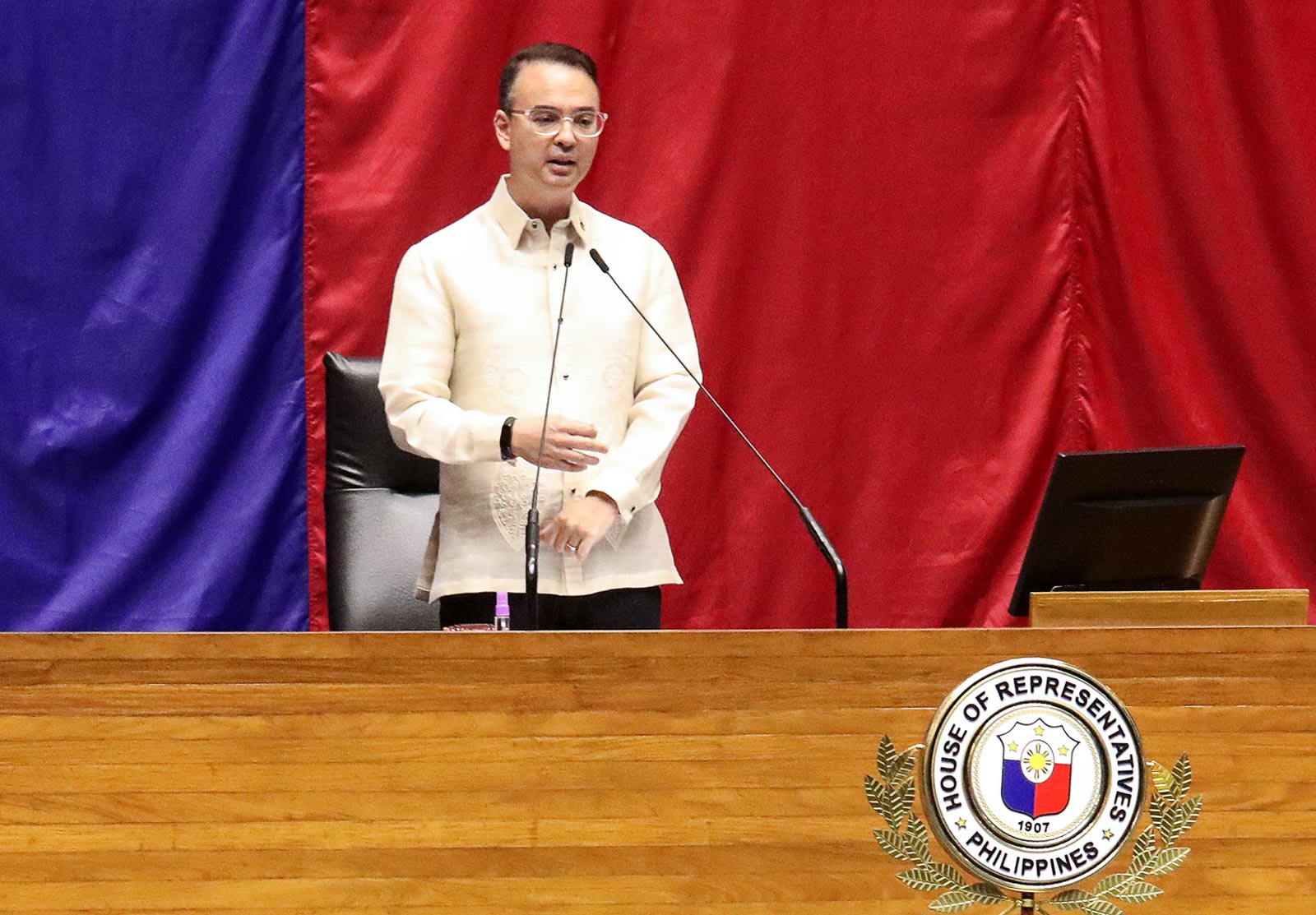 MANILA, Philippines – As public criticism mounted over his colleagues’ denial of ABS-CBN’s bid to renew its franchise, Speaker Alan Peter Cayetano on Monday, July 13, said they did Filipinos a favor by moving against one of the country’s oligarchs.

In a Facebook post, Cayetano said that the denial of ABS-CBN’s franchise follows the Duterte administration’s promise to “[level] the playing field.”

“We simply put an end to the privilege of one family in using a public resource to protect and promote their private interest was part of the changes that the Duterte administration has vowed to bring to the country,” said Cayetano, who, before the ABS-CBN franchise expired, gave assurances that the media company would not be shut down.

“President Duterte, despite all the roadblocks that have been thrown at him by his critics, has been largely successful in leveling the playing field. He has called out those who abuse the system, and has held them accountable on a scale that has never been seen before,” Cayetano said.

“By loosening the grip of the oligarchs on the vital socio-economic interests that run our country, he has revitalized a citizenry that has become jaded with the empty promises of politicians.”

Upon assuming office in 2016, Duterte blasted ABS-CBN for its purposed bias against him during the presidential campaign, and vowed that the company’s franchise would not be renewed. At one point, the President even asked the owners to just sell the network.

But Cayetano, who was Duterte’s running mate in the 2016 national elections, is now saying that the congressional vote against ABS-CBN was “simply part of this season’s uprooting of the weeds and a reclaiming [of] our patrimony from the oligarchs.” (READ: Cayetano lashes out at critics: ABS-CBN franchise issue ‘not about silencing media’)

Voting 70-11, the House committee on legislative franchises on July 10 rejected the network’s application for a new franchise after its old one lapsed on May 4. With this decision, the network will not be able to operate, impacting on more than 11,000 employees who stand to lose their jobs during the pandemic.

The public also lost ABS-CBN as a major source of news and entertainment, for the second time around. The first was in 1972, when the late Ferdinand Marcos declared martial law and shutdown the network and other media outlets. (READ: TIMELINE: Duterte against ABS-CBN’s franchise renewal)

Cayetano reiterated his stand that this has nothing to do with press freedom. “For those who continue to push the Freedom of the Press card, Congress is not stifling the right of any journalist, host, commentator, talent, or employee of ABSCBN – or any Filipino for that matter – from criticizing the government. We simply put an end to the privilege of one family in using a public resource to protect and promote their private interests,” Cayetano added.

“We can argue about whether or not the journalists of ABSCBN had any political bias, but can anyone who is familiar with Philippine history and politics have the same doubts when it comes to the network’s owners? Or that they leveraged the influence of the network to gain access to favored government contracts?” Cayetano added.

Aside from ABS-CBN Corp., the Lopez family, among the richest in the country, has business interests in power and energy, water utilities, property development, and manufacturing.

“It wasn’t the government who shut ABS-CBN down, rather it was their owners’ playing fast and loose with our laws in the past decades, that made the shutdown inevitable,” the Speaker claimed.

All the government agencies that were called to testify in the ABS-CBN franchise hearings, however, said the company has not violated any law.

Senator Ralph Recto also said that if the company erred, “penalize it… because if corporate misdeed is punishable with extinction, no business will be left standing in this land.” – Rappler.com