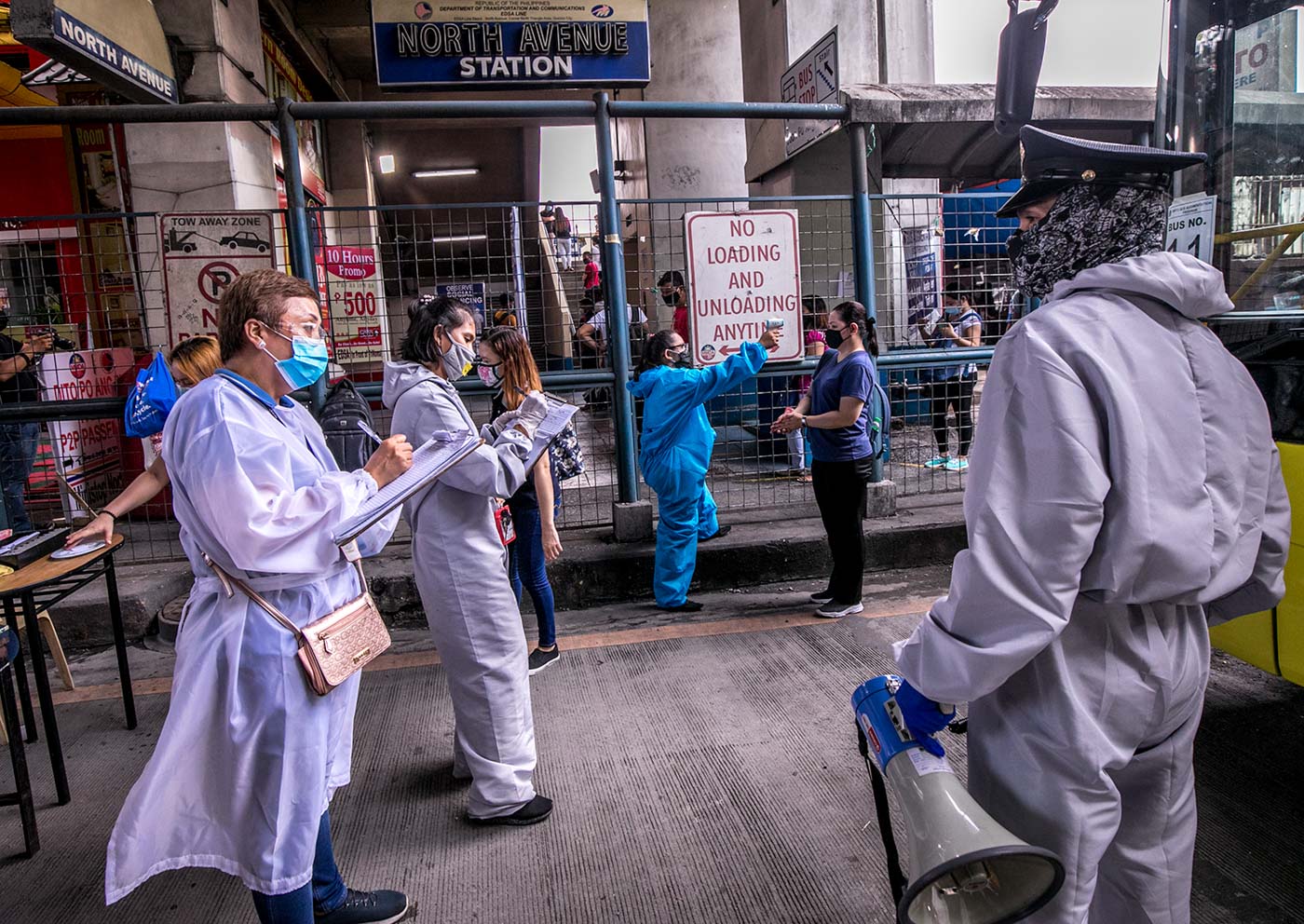 MANILA, Philippines – Presidential Spokesperson Harry Roque said on Monday, July 13, that it was unlikely Metro Manila will be downgraded to a lower quarantine level after July 15, citing recent data that showed the capital region could not yet reopen further.

Roque made the remark in a press briefing on Monday “to manage expectations” before President Rodrigo Duterte announces the next steps on July 15, the day existing quarantine measures are scheduled to expire.

“While the President has yet to make a decision on the issue, we look at data when deciding to further ease quarantine restrictions and perhaps at this point, the data does not indicate that we can loosen [restrictions] at least in Metro Manila,” Roque said in Filipino.

Roque said the proposal to place Metro Manila under a modified general community quarantine was likewise “not part of any recommendation made” by the government’s coronavirus task force.

What data? In deciding quarantine restrictions, the government usually tracks the case doubling rate or how fast the virus is spreading, as well as the capacity of health care systems to handle severe coronavirus cases.

It also takes into account the positivity rate, or share of tests that come back positive, and the reproduction number which measures the number of people one confirmed coronavirus case can infect.

As of Monday, data was mixed at best.

Though the Department of Health said case doubling time for Metro Manila slowed down to 8.89 as of July 12 vs 8.39 in July 13, the increase in cases has added a strain on hospitals. In Metro Manila, at least 15 hospitals said they had reached full capacity of allocated COVID-19 beds in intensive care units.

The country has had 10 consecutive days of over 1,000 newly reported cases, with a significant amount of new infections still seen in Metro Manila which has remained the epicenter since the start of the outbreak. (READ: Why are coronavirus cases still increasing in the Philippines?)

Balancing act: On the other hand, National Task Force COVID-19 chief implementer Carlito Galvez Jr suggested the government was also reluctant to place Metro Manila back on lockdown as it would be too difficult for the economy.

Galvez instead pointed to the possibility of more localized lockdowns as a way to keep the virus from spreading in communities.

The Philippines so far reported over 57,000 known coronavirus cases as of Monday, including 1,599 deaths and 20,371 recoveries. – Rappler.com