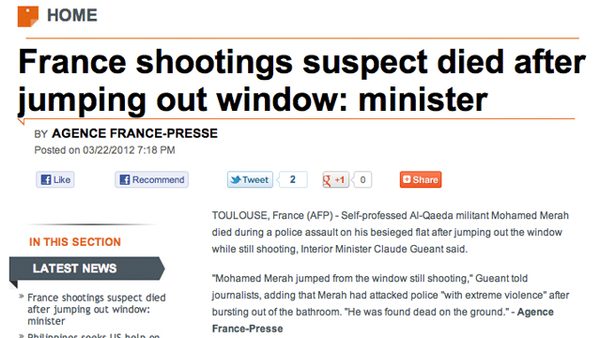 Self-professed Al-Qaeda militant Mohamed Merah died during a police assault on his besieged flat in Toulouse, France, after jumping out the window while still shooting, reports said. “Mohamed Merah jumped from the window still shooting,” France’s Interior Minister Claude Gueant told reporters. He said Merah had attacked police with “extreme violence” after bursting out of the window. The death ended a standoff between Merah, who killed 7 people in Toulouse, and French police who initially negotiated with him for a possible surrender.

Read the story on Rappler