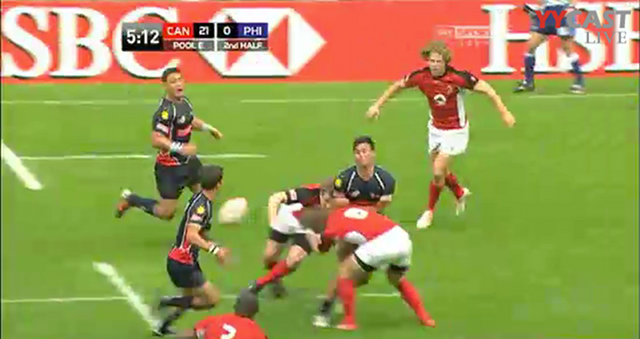 The men’s Philippine rugby team fell to the stronger Canadian side in their first ever game at the prestigious Hong Kong Sevens. Canada scored the opener within the first 3 minutes of the game, putting them up 7-0. They followed it up with a 2nd try 4 minutes later. The Canadians broke away yet again right before the half, to lead the game 21-0 at halftime. Justin Coveney tried to score towards the end of the 2nd half. The game ended at 35-5 in favor of Canada. Details in Rappler.