Obama: Trayvon Martin could have been my son 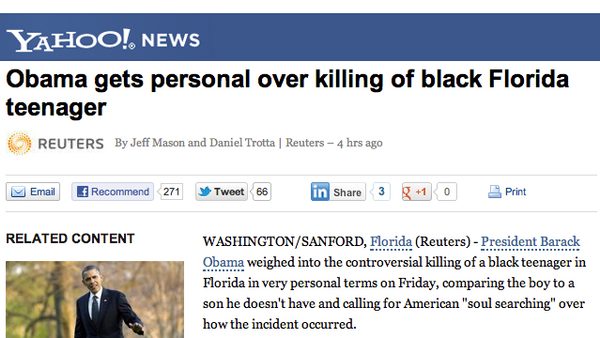 President Barack Obama says a serious investigation should be made into the killing of black teen Trayvon Martin who shot dead a month ago in Florida by a white Hispanic neighborhood watch volunteer. Trayvon was wearing a “hoodie” sweatshirt when he was killed prompting activists to pick up the hoodie as a sign of protest over the incident.

Obama added, “If I had a son, he’d look like Trayvon,” acknowledging the racial nature of the controversy.
Read more on Yahoo!