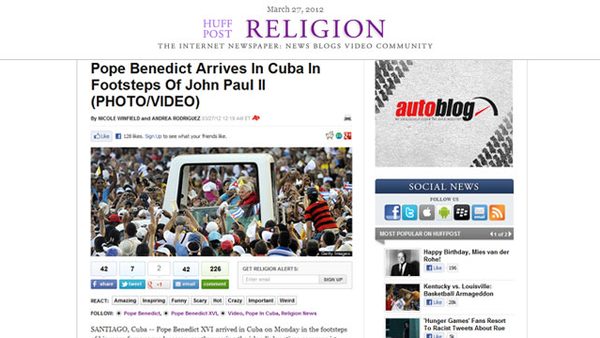 14-years after the historic trip of his predecessor, Pope Benedict XVI arrived in Cuba for the first time Monday, March 26 pressing the country’s communist leadership for legitimate reforms and denouncing the ills of capitalism. The pope received a lukewarm reception upon his arrival in Cuba but thousands came to hear him hold mass at Santiago’s main plaza, Monday night. In response Cuban President Raul Castro noted that the country has never failed to share with those who have less but that country is determine to chart its own path.