Corona to law graduates: Rally behind me 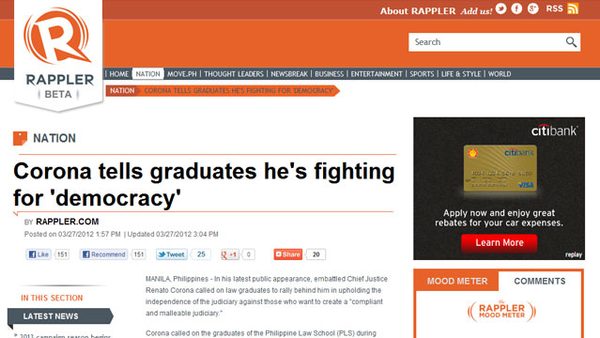 Speaking to graduates at a commencement exercise where he was the guest of honor, Chief Justice Renato Corona reiterated his innocence and said  that he will keep fighting for democracy even if he has everything to lose. Corona then called on law graduates to rally behind him in upholding an independent judiciary against those he claims want to crate a “compliant and malleable judiciary.” The #CoronaTrial is currently on a 6-week break, and will resume on May 7.