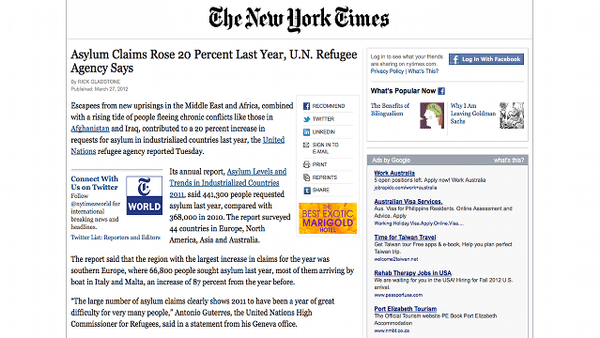 The number of people leaving their countries and seeking asylum in industrialized nations has risen by 20%, according to the United Nations refugee agency. They come from conflict areas in the Middle East and Africa. Last year, at least 66,800 people sought asylum in southern Europe, most of them arriving by boat in Italy and Malta, the agency said. A total of 441,300 people requested asylum in 2011, compared with 368,000 in 2010. The country of origin for the largest number of asylum seekers was Afghanistan, followed by China and Iraq.

Read the full story in The New York Times