Jun 21, 2013 8:35 PM PHT
Facebook Twitter Copy URL
Copied
Joma Sison may no longer have full control of the party, says the head of the government panel negotiating with the NDF 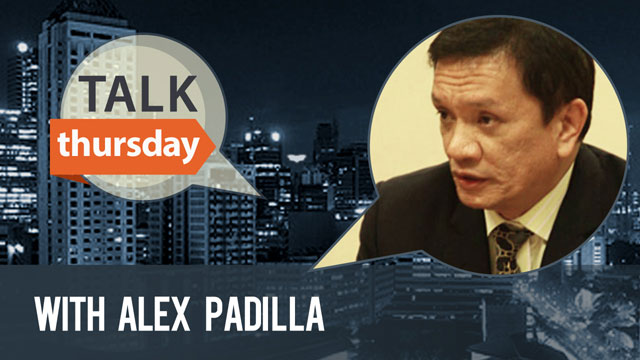 MANILA, Philippines — The peace talks between the government and the National Democratic Front (NDF) reached a high point in December 2012, when Communist Party of the Philippines (CPP) founder Jose Maria Sison agreed to the so-called “special track” that would have facilitated the process.

“One thing led to another…. [then we hit] an impasse,” Padilla said.

The talks that sought to end Asia’s longest-running communist insurgency reached yet another deadend. This is now a familiar refrain in the peace process with the NDF that began two decades ago, at the time of former President Corazon Aquino.

The communist underground reached its peak under her regime – with close to 25,000 armed regulars, according to the military. But the fall of communism, factionalism, as well as strategic and battlefield blunders have reduced communist strength and influenced over the years. Padilla said the New People’s Army (NPA) is now down to more than 4,000 armed regulars.

While the NDF blamed the government for failing to meet its requirements, Padilla said what happened between December and February showed signs that Sison may no longer have full control of the party. (The NDF is the political arm of the CPP, while the NPA is its guerrilla army.)

Padilla, a former activist himself who knew Sison and the other NDF panel members, said he started the talks believing he was the right man for the job. But he said he later realized it was a futile effort.

“After assessing the behavior or the process itself, I was convinced that it was a process that would never end. That it was a process actually intended not for peace but to continue the war [and for them] to get concessions in the meantime,” Padilla said.

The NDF however accused Deles of “sabotaging” the talks. “The [government] has deliberately refused to comply with its commitments in agreements forged with the NDF, despite the full knowledge that compliance would immediately break the impasse and cause the resumption of the formal talks,” Sison told the Philippine Daily Inquirer.

Under the “special track,” both sides finalized a general declaration that would immediately put in place a ceasefire. A special panel with members from both sides would be convened to tackle issues that bring about rebellion.

Padilla said they were supposed to further discuss the “general declaration” in February when Sison gave the government panel a surprise:  3 new documents that pursued the “regular track,” which was the path that had led to deadlocks in the past.

“After February, it was a complete impasse because Joma Sison wanted us to first terminate the conditional cash transfer, to finish the Oplan Bayanihan of the AFP, to stop all the Pamana efforts, to give land to 5 million landless farmers, etcetera before we can even move on to that next level,” Padilla said. The conditional cash transfer is the government’s flagship program to fight poverty, while Oplan Bayanihan is the military’s counter-insurgency campaign that’s focused on building communities.

But the principal condition of the NDF under the “regular track,” he said, was the release of 18 of their consultants—the top echelons in their leadership. Padilla noted that the government did release 6 prisoners but two of them eventually went underground

“That to us really was a slap also. Why would we release people for them to just continue to [wage] war. That was unacceptable.”

What happened between December 2012 and February 2013?

Padilla felt a disconnect between Sison, who lives in Utrecht, and the ground troops in the Philippines led by the couple Benito and Wilma Tiamzon. (The military says Benito Tiamzon is the incumbent CPP chief.)

“Joma Sison has always been the more practical member of their negotiating panel. He would offer us solutions when we were at a stalemate. So he was pursuing many of the initiatives on his own,” Padilla said.

“To some degree the NDF was giving him a lot of leeway. We were testing that to [its] limits. How far would Joma Sison go in trying to forge an agreement with the government?”

But in February, Padilla said the “ground” must have “put its foot down and I think has told him to stop negotiating on this level if [they] were not going to get anything in return,” Padilla added.

In the end, the “ground” prevailed.

“It was a choice for him, whether to pursue negotiating with government and possibly find a way out even for him, or to simply just fade away and let everything pass and die as the founder of the Communist Party of the Philippines. I think he made the latter decision,” he said.

“I think when push came to shove, Joma Sison practically said to himself that I will stick to the Communist Party of the Philippines because that’s the organization he founded and therefore would want to stay in,” he added.

The developments in February showed signs that Sison may not be in control of the party, Padilla said. “There were signs or signals that Joma Sison or Louie Jalandoni would send, that practically differed from the ones [relayed by those] on the ground,” Padilla said.

“Definitely we don’t want to return to the so-called regular track and as far as government is concerned they have killed the special track. So that’s where we are right now,” Padilla said.

“The fact of the matter is, the NDF is an organization of around 17 revolutionary organizations. All of these revolutionary organizations are headed by communists. So the question now is, should we be talking to the NDF that is merely their political front? Maybe we should be talking to the communists – the CPP. It is actually the Communist Party of the Philippines which actually directs and steers the movement across,” Padilla said.

Padilla is frustrated and admitted he wants out of the peace talks. He was recently appointed president and CEO of Philhealth.

READ: Padilla wants out of the peace process

“Actually my feeling now is that it was even practically arrogant on the part of government and the NDF to think that we could ever conclude an agreement….Because we were trying to conclude an agreement that would resolve all conflicts– the roots of conflict, so to speak, you’re really talking of Utopia,” he added.

“They have been very very consistent that the peace process is but a means to an end and that end is to overthrow government and establish a national democratic state leading to a communist state eventually,” Padilla said.

Padilla maintained that a “new approach” is needed. “It should be addressed by good governance, practically modernization, better roads, communications,” he said.

But Padilla said he fears that the CPP’s next generation of leaders would become more violent.

“After the leadership of Joma Sison, Fidel Agcaoili….I think the [leaders] are in their 40s…. There is a constant fear on my part that the next echelon of leaders might not even be receptive to discussion or negotiations. Kung tatawagin ko—utak pulbura (war freak), ” he said.  – Rappler.com