Jul 1, 2013 2:09 PM PHT
Carmela Fonbuena
Facebook Twitter Copy URL
Copied
Former defense chief Gilbert Teodoro finds nothing wrong with a government plan to give US and Japan access to military bases. Include other states, too, he says. 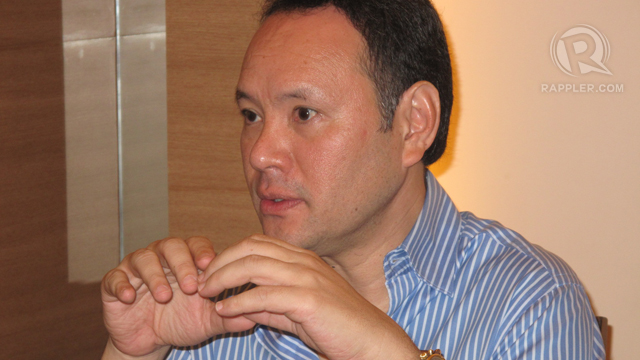 MANILA, Philippines – Former defense secretary Gilberto Teodoro Jr supports a government plan to give the United States and Japan more access to Philippine military bases. He said the same access should be given to Australia and ASEAN countries.

“I favor optimizing access to Philippine bases not only for Japan and the US, but also for other friendly States, such as the ASEAN states and Australia,” Teodoro told Rappler on Monday, July 1, when asked to comment on the government plan.

“This will facilitate confidence building and interoperability between our forces and those of others,” Teodoro added.

Defense Secretary Voltaire Gazmin said the government is drafting plans to allow US forces to spend extended time on the Philippines’ military bases. He said the same plan will be offered to Japan’s military.

READ: PH wants to give US, Japan access to bases

“This is useful not merely for traditional defense concerns but also for non-traditional ones such as Humaniatarian Assistance and Disaster Response (HADR), Peace Keeping Operations (PKO), and responding to pandemics, to name a few,” Teodoro said in an e-mail to Rappler.

Teodoro ran for president in 2010 but lost to his cousin, President Benigno Aquino III. He continues to speak on security and defense-related matters.

Various camps are critical of the government’s plan to open access to its bases, notably the one in Subic, Olongapo City. Leftist group Bayan called on government and various sectors to “reject US intervention and manipulation.”

“The Philippine government is grossly mistaken if it thinks that the US is the key to defending our national sovereignty. The US is merely out to take advantage of the dispute so that it can position itself strategically in Asia,” Bayan said in a statement on Sunday, June 30.

The Philippine Daily Inquirer also ran a July 1 editorial critical of the plan. It reads: “A decision to host allied military forces inside Philippine bases, however, should not be taken lightly; meetings and supply arrangements and joint exercises can all be justified as the Armed Forces of the Philippines’ belated attempts at capacity-building. Allowing foreign troops from allies with a stake in the ongoing South China Sea disputes to operate in and—the crucial difference—from Philippine military bases is much harder to rationalize.”

Teodoro said what’s important is for government to craft policy guidelines that will guarantee the protection of Philippine interests.

“I used the term optimizing in order to underscore the importance of having carefully crafted policy guidelines on the matter, which shall take into account our national and international interests, responsibilities, and obligations,” he explained.

The plan to give the US and Japan more access to the country’s military bases comes at a difficult time for Philippine-China relations.

On Saturday, June 29, China’s state-run media warned that the Philippines should brace itself for a possible “counterstrike should Beijing continue to be provoked in the South China Sea (West Philippine Sea).

The Philippines has accused China of “massive” military buildup in the disputed West Philippine Sea. In a statement released on the first day of the annual Asia-Pacific talks in Brunei, the Philippines warned that the Asian giant’s tactics threatened peace in the region.

Japan earlier pledged to help the Philippines defend its “remote islands,” as both governments expressed concern over China’s robust moves to stake its claims to disputed Asian waters.

“We agreed that we will further cooperate in terms of the defense of remote islands… the defense of territorial seas as well as protection of maritime interests,” Japanese Defense Minister Itsunori Onodera told a joint news conference.

The Philippine military also recently held war games with the United States near the disputed Scarborough Shoal. It is a part of a 6-day Cooperation Afloat Readiness and Training (CARAT) exercises that involved 3 US Navy vessels, including the USS Fitzgerald, a guided missile destroyer. – Rappler.com