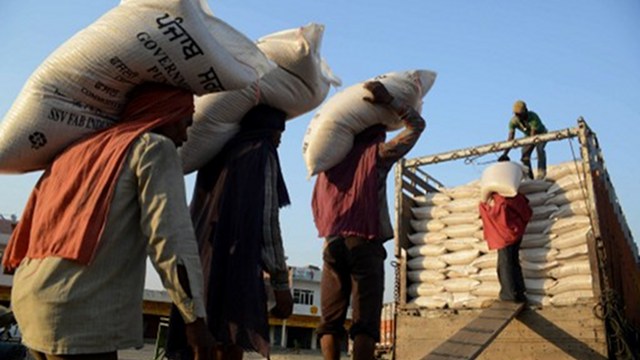 India’s government Wednesday, July 3, approved a vast food welfare program targeting the nation’s poor as it sought to increase its popularity before national elections next year. “The cabinet has unanimously approved the food security ordinance,” food minister K.V. Thomas told reporters, adding that the measure would be sent to India’s president later Wednesdayfor approval. President Pranab Mukherjee was due to pass the long-delayed National Food Security Bill as an ordinance, meaning it would come into law immediately but must eventually be approved by parliament. The multi-billion-dollar populist food welfare program will be the largest in the world, offering subsidized grains to nearly 70% of the population, or more than 800 million people.