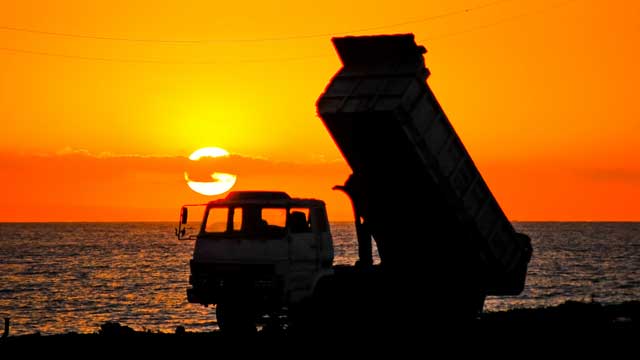 The total daytime truck ban will only allow trucks along the main roads of Metro Manila from 10 pm to 5 am. It has met strong opposition from trucking companies and other stakeholders.

The proposal is patterned after the “Manhattan truck route” in New York.

Trucking companies raised their concern to MMDA last Wednesday, insisting the chaos a total daytime truck ban will cause in Metro Manila.

Representatives of other groups – such as the petroleum, chemical, and construction industries – also raised their concerns during the consultation.

“I am confident that the STC, through consultation with the private sector, government agencies, and other stakeholders, will be able to craft and formulate a permanent truck ban regulation for Metro Manila before January 5 next year,” Tolentino said in a statement.

Under this scheme which has been in place since December last year, all trucks except those carrying perishable goods are banned from passing major roads from 6 to 10 am, and 5 to 10 pm everyday except Sunday and holidays.

Meanwhile, the whole stretch of EDSA from Magallanes, Makati City, to North Avenue, Quezon City is banned from Monday to Sunday.

The STC said the large number of trucks in the metro “worsen traffic and increase risk of fatal accidents”.

Presidential spokesperson Abigail Valte said on Saturday in a radio interview that there is a need to decongest EDSA as the main thoroughfare in Metro Manila.

“What are we doing about this? Apart from the campaign against the colorum buses, we are trying to reroute provincial buses for them not to pass through EDSA,” she said in Filipino.

She said about 12,000 buses pass through EDSA daily. – Rappler.com