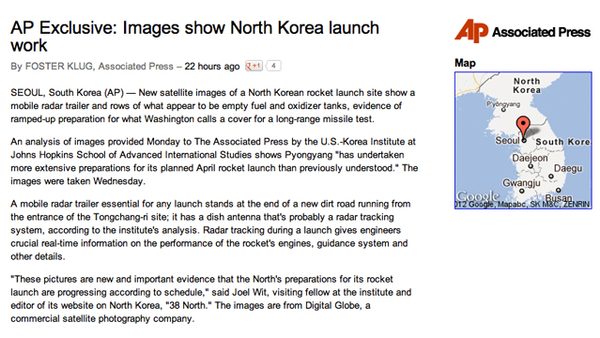 New satellite images of the rocket launch site show progress being made on a planned launch sometime between April 12 to 16.  The US and North Korea seem headed for a clash on what Washington describes as a “cover for a long range missile test.”  Parts of the rocket may come down on Philippine soil.

Read more about the preparations on Associated Press and about Asean reactions on Rappler.