Jul 30, 2013 6:15 PM PHT
Facebook Twitter Copy URL
Copied
Even the target number of new classrooms for next year is the biggest in history as DepEd prepares for senior high school in 2016 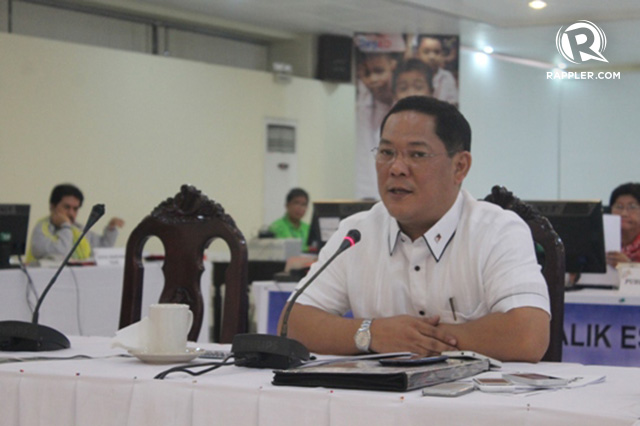 MANILA, Philippines – The Department of Education (DepEd) marked the proposed 2014 basic education budget as its biggest budget allocation in history.

The budget also increased 14.4%, or 42.1 billion more than this year’s P293.3 billion budget allocation. The increase is focused on learning resources, as well as classrooms, chairs and school facilities.

Even the target number of new classrooms for next year is the biggest in history, Mateo confirmed with Rappler.

Senate President Pro Tempore Ralph Recto earlier said the number of “rooms to be built…is by far the biggest in history.”

Next year, Mateo said, 43,183 new classrooms will be built to respond not only to increments posed by a new school year, but also to the need of the K to 12 program’s senior high school curriculum.

The department will start preparing for the first batch of Grade 11 or Junior High School students in 2016 as early as next year.

Mateo added that 10 library hubs will be “constructed, furnished and given books in 2014”, in addition to 213 existing ones in the country.

Recto said he hoped the department would use “competence and not connection” in hiring new teachers.

But Mateo said this has been their practice since 2012, when they tightened the hiring policy as per DepEd Order No. 12 series of 2012.

DepEd’s budget falls under the “education, culture and manpower” sector, along with Technical Education and Skills Development Authority (TESDA) and state universities and colleges (SUCs).

Recto said the budget will close manpower and equipment gaps in public schools, in a bid to “[catch] up with existing backlogs and [frontload] for future needs.” – Rappler.com