Aug 1, 2013 11:58 AM PHT
Facebook Twitter Copy URL
Copied
A risk control organization says the Bangsamoro Islamic Freedom Fighters wants to show it's a 'serious threat to be reckoned with' 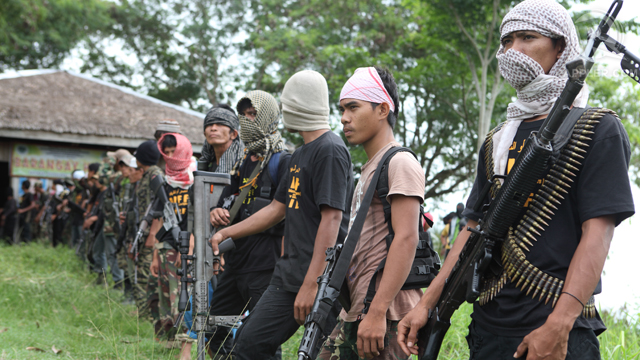 In a report prepared by the organization for its client, a foreign company doing business in Mindanao, the agency labeled the blast as a “terror bombing attack” and said the BIFF “is the only armed group with the capability and the motive to conduct such a terrorist activity.”

It also asked its clients to avoid non-essential travel to Mindanao until the culprits have been identified and apprehended.

Its assessment is separate from the ongoing probe being conducted by the Philippine National Police (PNP). Police have yet to identify suspects or determine a motive.

On Friday night, July 26, Cagayan De Oro City was rocked by an explosion after a still-unidentified person left an improvised explosive device concealed in a black bag on a black monoblock chair outside Kyla’s Bistro. The attack left 8 dead and 46 wounded, all civilians.

The ASG was also excluded because of the neutralization of ASG’s key leaders and its focus of past attacks in areas surrounding Zamboanga and Sulu. The group also ruled out the criminal extortion syndicate Al-Khobar Gang, which has not been very active lately and is known to target bus companies in Region 12.

The report concluded the BIFF is behind the blast, citing the group’s strong opposition to the peace process. It also pointed to BIFF’s recent attacks in North Cotabato and Maguindanao — the latest of which was the July 30 attack on army detachments in Guindulungan, Maguindanao.

According to the military, at least 31 Muslim rebels and 5 soldiers were killed in clashes ahead of the resumption of peace talks.

“This operation might escalate into wider areas. We are very much concerned because we don’t want that to happen,” he said.

He and his unit were blamed for a series of raids across Mindanao in 2008 that left nearly 400 people dead and displaced hundreds of thousands.