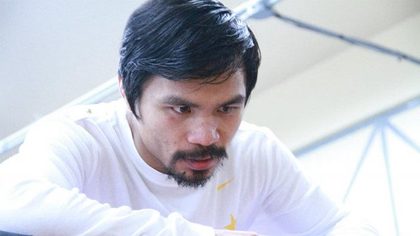 A logistics company that was hired to ship “relief goods” from USA to the Philippines in 2009 for the victims of typhoon Ondoy reportedly sued the Manny Pacquaio Foundation (MPF), according to celebrity website TMZ.com which broke the news.

MPF, which is based in California, aims to “foster, support and transform the health, education and overall well-being of disadvantaged communities in the Philippines.”

The logistics company, which was unidentified in the report, claims that the foundation failed to pay delivery charges worth $35,805.36.

The goods were reportedly confiscated when it reached the Philippines, as authorities found that they contained used clothings rather than relief goods. The Philippine government has banned the importation of used clothes to prevent smuggling via commercial ukay-ukay (used clothes) outlets.

Because of the confiscation, the goods never made it to the people in need, and the payment for delivery was not settled.

But in the lawsuit, the shipping company is demanding full payment plus interests, and is urging MPF to “correctly label the goods”.

Pacquio’s camp has not come up with a defense yet, but the celebrity-politician was reported to have revamped the foundation’s leadership in lieu with the lawsuit.

Pacquiao’s adviser, Michael Koncz, said that the revamp aims to “effectively strengthen the [foundation’s] board of directors”.

Among those who were reported to join the MPF board are Top Rank promoter Bob Arum, Pacquiao’s lawyer David Marroso, and hotel and casino magnate Steve Wynn.

Wynn made news in the country early this year when he exposed and sued long-time business partner Kazuo Okada for allegedly bribing officials of Philippine Amusement and Gaming Corporation (Pagcor) to obtain a contract and maintain his Philippine businesses.

The boxing champ and politician never runs out of challengers even outside the boxing realm. Just last month, the Bureau of Internal Revenue (BIR) filed contempt charges against him for failing to present his tax records to the agency.

Pacquiao, one of the highest paid sports personalities, reportedly snubbed requests for him to submit documents to the agency regarding his earnings and corresponding tax payments.

Pacquiao denied all the charges, and declared that he is willing to fight the case.

He’ll be back in the boxing ring on June 9 to face challenger Timothy Bradley in Las Vegas. – Rappler.com