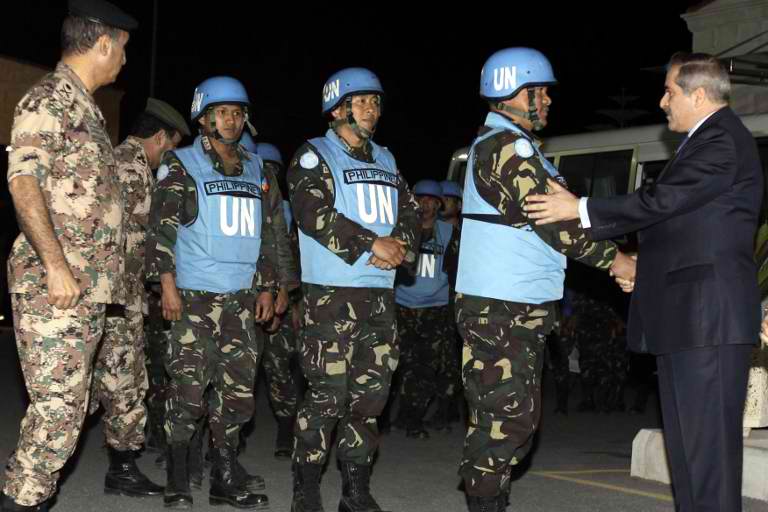 Bautista said they were earlier issued masks and chemical suits, complying with earlier conditions reportedly set by Philippine President Benigno Aquino III in order to continue the country’ engagement with the UNDOF.

Up to 1,300 people were killed in neighboring Syria on August 21 because of chemical weapons that US and Syria’s main opposition group said were unleashed by the forces of Syria President Bashar al-Assad.

The US said there is “very little doubt” that chemical weapons were used on civilains. US forces were ready to strike Syria on Tuesday, August 27, to punish the Assad government for unleashing chemical warfare.

Aquino earlier threatened to withdraw Filipinos troops in Golan Heights because of the continued violence spilling over from Syria.

In March 2013, 21 Filipino peacekeepers were kidnaped by Syrian rebels as “frontiers of their war against President Bashar al-Assad.” On June 6, a Filipino peacekeeper was wounded, prompting the Philippine government to reconsider its troops’ presence in Golan Heights.

Japan and Croatia had earlier withdrawn their troops.

Foreign Affairs Secretary Albert Del Rosario said Filipinos troops would remain in UNDOF until August 11 but Bautista said they are still there.