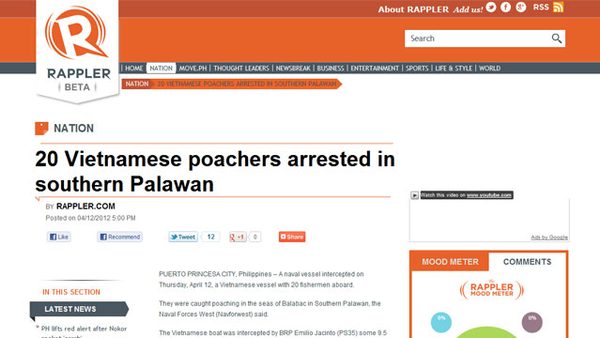 A Vietnamese fishing vessel with 20 fishermen aboard were arrested by the Philippine Navy in the seas of Balabac in southern Palawan, Navy officials said on Thursday, April 12. The BRP Emilio Jacinto intercepted the Vietnamese vessel as it was on its way to meet up with another fishing vessel to load illegally caught live sea turtles, an endangered species. The poachers were spotted after local residents reported to Navy officers the presence of a suspicious green motorlaunch seen transferring live sea turtles to another vessel spotted in Hasa-hasa Shoal. The live turtles were confiscated, along with fishing equipment. Read more in Rappler.