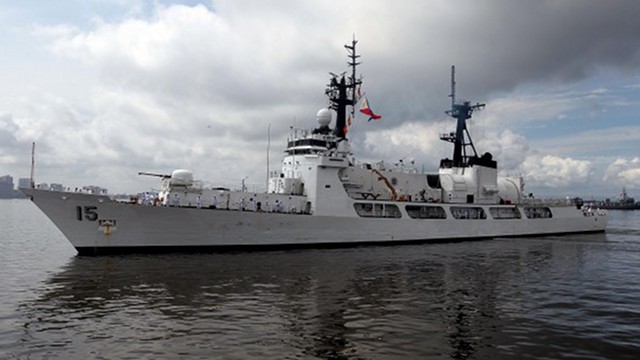 China has pulled out its 3rd warship from the South China Sea after the Philippines withdrew its biggest warship, the BRP Gregorio del Pilar, out of a standoff with Chinese vessels. Spokesperson Raul Hernandez said the information was received from the Chinese embassy. As of Friday morning, April 13, Foreign Secretary Albert del Rosario and Chinese Ambassador Ma Keqing were in the middle of talks to find a peaceful solution to the Scarborough Shoal incident. BRP Gregorio del Pilar is the fastest ship bought from the US in 2011 for P13-M. Read more in Rappler.