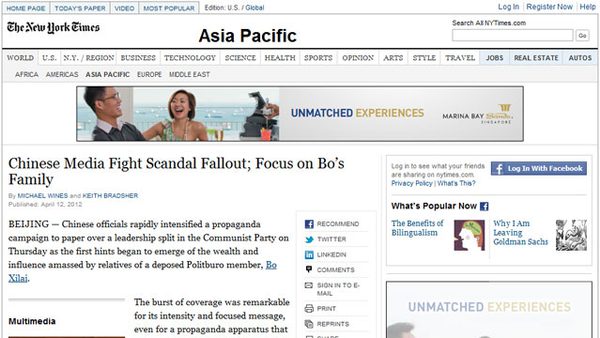 A leadership split in the Communist Party of China became more apparent as Chinese officials rapidly intensified a propaganda campaign against a deposed Politburo member, Bo Xilai. Reports focused on the wealth and influence allegedly amassed by relatives of Bo. His removal and the murder investigation aimed at him and his wife, according to analysts, could deepen the split between the Communist left and the more moderate right wing. The media blitz of articles and television segments included an unusual television national news segment in which a series of local leaders proclaimed their support for the party even in Chongqing, Bo’s former domain. Read more in the New York Times.