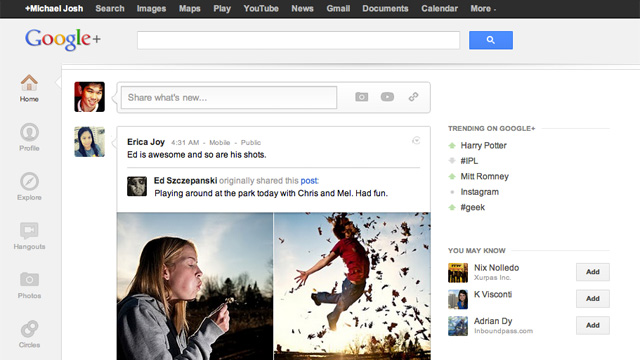 Google+ has a new look. Google started rolling out its new design to users of its social network on Thursday, April 12 (Manila time), calling it “a more functional and flexible version of Google+.” Criticized initially for the use of too much white space, Google senior vice president Vic Gundotra said the design accelerates “efforts to create a simpler, more beautiful Google.” Some of the redesign’s new features look familiar – traces of Facebook’s Timeline and Twitter’s Discovery Page called Explore where users can view trending or other interesting posts on the network are visible. Yet there are also original concepts unseen on other social networks like a navigation ribbon that appears on the left side of the site. More on Rappler.