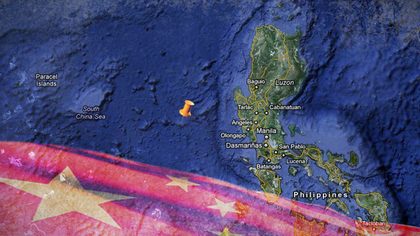 [UPDATED] MANILA, Philippines – It was China that reportedly requested “no surprises” until negotiations on the Panatag Shoal dispute resume, but Foreign Secretary Albert del Rosario said Saturday, April 14, it seems China itself reneged on its commitment.

In a statement, Del Rosario said the Department of Foreign Affairs (DFA) has received reports from the Philippine Coast Guard about China’s recent show of force that could add to the tension in Panatag (Scarborough) Shoal. He enumerated the following:

“It appears there is an element that is lacking in our negotiations,” Del Rosario said. “I seek a deeper element of trust from our Chinese friends.”

Earlier Saturday, the DFA reported the Philippines and China have refused to give in to each other’s demands, leading the Panatag Shoal dispute to continue.

The Philippine Coast Guard and a Chinese ship remained in the disputed territory as of Saturday, even after 8 Chinese vessels had left Panatag Shoal. The Philippines accosted Chinese fishing boats accused of encroaching on its territory.

“The meeting with (Chinese) Ambassador Ma (Keqing) last night resulted in a stalemate as we had demanded of one another that the other nation’s ship be first to leave the area,” Foreign Secretary Albert del Rosario said in a statement Saturday.

“We will continue to monitor the situation in coordination with concerned agencies,” Del Rosario said.

The pullout of 8 Chinese vessels from Panatag Shoal, nonetheless, has eased the tension in the area, which has been the subject of ongoing negotiations between the Philippines and China.

Initially, Del Rosario hoped for an end to negotiations before the weekend because he is leaving for the United States for an official function Sunday, April 15.

Chinese Foreign Ministry spokesperson Liu Weimin on Friday, April 13, meanwhile urged the Philippines “to work together” with China on the territorial dispute.

The Philippines and China, for one, have claimed Panatag Shoal as well as the Kalayaan Group of Islands, or Spratlys, as their own.

Panatag Shoal attracts both countries due to its huge political and economic significance. Not only is it a strategic area for military operations, it is also a potential source of oil, Rappler has reported.

One of the bloodiest encounters led to the decimation of about 70 Vietnamese sailors after a gunbattle in 1988 with Chinese forces in the Spratlys.

The Philippines and China have also lodged accusations of encroaching on each other’s territory, and had engaged in confrontations like the ongoing standoff.

Rommel Banlaoi, a security studies expert, had written for Newsbreak about a “growing risk of war” in the East China and South China Seas. Quoting a study by the Australian think-tank Lowy Institute, Banlaoi said this risk could result from “China’s growing military and rising resource needs from the disputed waters.”

“There is no doubt that China has to do a lot of enormous explaining to effectively convince its neighbors that its growing military power and increasing visibility in the Spratlys will not pose risks of war,” Banlaoi wrote. – Rappler.com