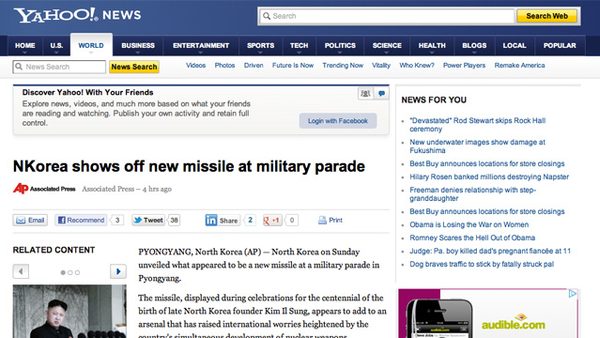 Two days after its failed rocket, North Korea paraded what appeared to be a newer, possibly bigger missile than what has previously been seen by the public. The new missile was displayed during the centennial celebrations for the birth of late North Korea found Kim Il Sung.  Countries led by the United States say NoKor’s so-called civilian rocket launches are disguised missile tests.