China gives some room for yuan to fluctuate 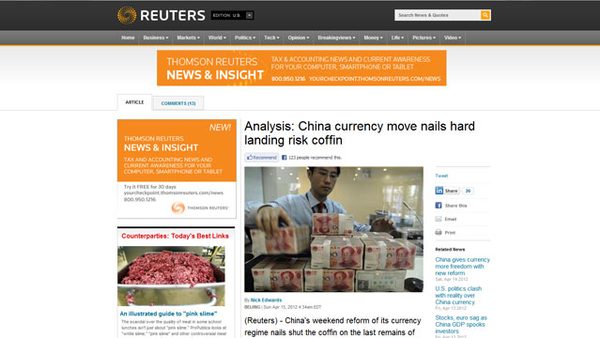 April 16, Monday, was long awaited by critics of Beijing’s currency policy. Last weekend, Chinese leaders announced a shift towards adopting more market-oriented reforms for the yuan instead of keeping it artificially low. Cheap yuan, coupled with low-cost labor, have fueled a flow of cheap exports that has led to major trade deficits between China and some trading partners. The government said that, starting Monday, the yuan will be allowed to fluctuate by up to 1%. It may seem a small step but China has always been firm that it would loosen the grip on the currency on its own terms, and while it is also shielding the manufacturing sector, a key economic driver, from shocks due to excessive currency fluctuations.

Read analysis from Reuters, and different insights from BBC and Bloomberg.