Manila-based Twitmusic makes it into 500 Startups 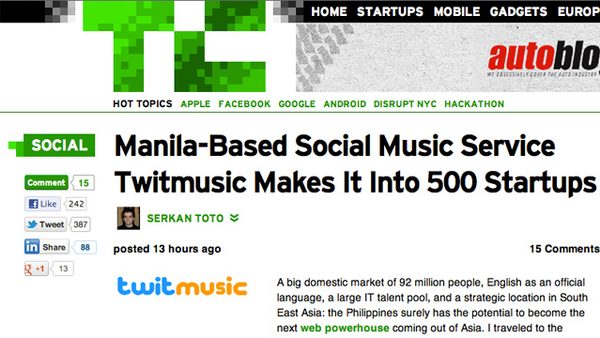 If you haven’t heard of Twitmusic, check it out!  It’s a social music service using Twitter that was started in the Philippines, allowing artists and their fans to share music quickly and virally.  MC Hammer is actively using Twitmusic as well as Bryan Adams, Bow Wow, Jon Secada, Jason Mraz and more than 4,000 other artists.  Adams released his latest single exclusively on Twitmusic.