Jessica Sanchez is in 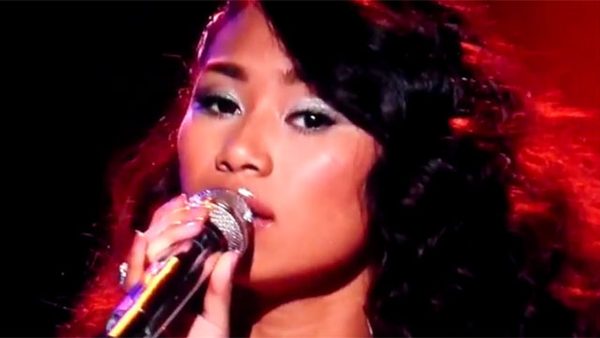 Jessica Sanchez was saved after all. After gettting mixed reactions for her last performance, Sanchez now ranks among American Idol’s Top 6. An early crowd favorite, the 16-year-old Filipino-American singer was almost eliminated in the show last week. The 3 judges – Randy Jackson, Steven Tyler, and Jennifer Lopez – exercised their once-only “save” vote to make sure Sanchez did not go home. On Thursday, April 19, Sanchez sang Fallin’ by Alicia Keys and Try a Little Tenderness by Otis Redding. Apart from Sanchez, the 5 other contenders who remain in the contest include Hollie Cavanagh, Phillip Philips, Elise Testone, Joshua Ledet and Skylar Laine. Colton Dixon, who was previously a frontrunner in the show, ended up with the lowest number of votes.