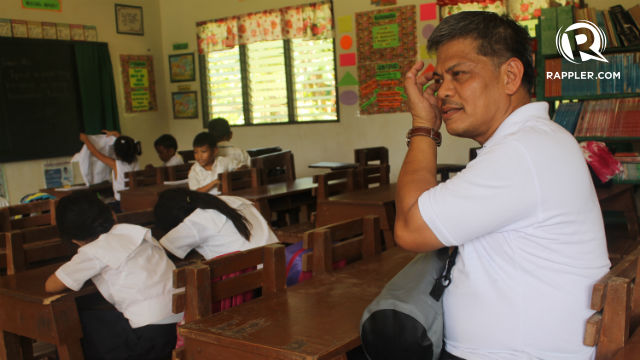 Education Secretary Armin Luistro asked school heads to work with their respective school communities in ensuring that computers and other electrical equipment in schools are unplugged.

He also asked that textbooks, furniture, and other important materials be moved to safer areas.

With the help of the local government units (LGUs), Luistro asked that classrooms and school campuses be secured before the impending storm – the strongest one in Visayas this year, according to state weather bureau PAGASA.

Specifically, he asked officials to secure roof beams with wires or heavy duty ropes and windows with plywood.

Trees must also be pruned, he said, especially those near buildings and along electrical posts.

Some schools were already designated by their LGUs as evacuation centers.

Jocelyn Saw, head of DepEd’s Disaster Risk Reduction and Management Office, told Rappler in a text message that pre-identified evacuation centers by the Department of the Interior and Local Government also include barangay halls.

“DepEd does not keep a national tally [of schools] considering some schools have been damaged by recent disasters,” she added.

Last August, 58 schools were reported damaged in Luzon after the combined effect of a tropical storm and a southwest monsoon. .

More recently, more than half of the total schools in Bohol were damaged by a 7.2 magnitude earthquake that happened three weeks ago. Classes in the province resumed Wednesday, only to be suspended again Thursday until Friday (November 7 to 8) due to the typhoon.

More LGU announcements on suspension of classes are expected to come in within the next 48 hours as the typhoon is about to enter the Philippine Area of Responsibility. (READ: 12 Vis-Min areas now under Signal No. 1) – Rappler.com