MGB allots P400M for completion of geohazard maps by 2014

Dec 1, 2013 12:32 AM PHT
Rappler.com
Facebook Twitter Copy URL
Copied
Part of the budget for 2014 will also be used to procure 15 new ground penetrating radars that will map geohazard zones 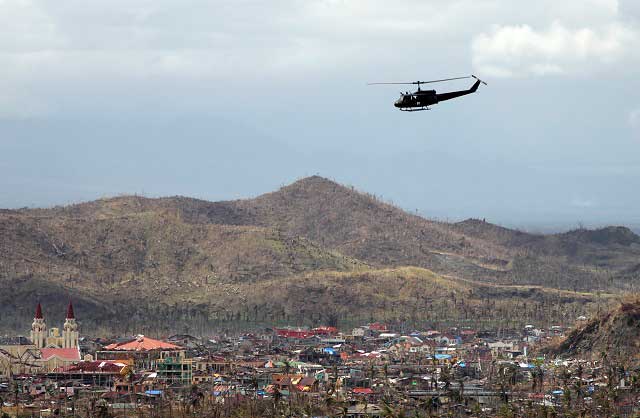 MANILA, Philippines – The Mines and Geosciences Bureau (MGB) said on Saturday, November 30, it will be alloting P400 million out of its 2014 budget to complete the much-needed geohazard maps by next year.

“If people are conscious about geohazard, fatalities in times of natural disasters would be greatly reduced,” Jasareno said.

In Tacloban City, one of the areas badly-battered by Typhoon Yolanda (Haiyan) which hit the Visayas on November 8, the MGB will continue mapping no-build zones. Mapping will also commence in other coastal areas where erosion is likely. (READ: Leyte reconstruction: MGB maps ‘no build zones’)

MGB has contacted private geological surveyors to speed up mapping.

Another project of the bureau for 2014 is the hydrological assessment project which will involve scouting for aquifers, a body of saturated rock through which water can easily move.

“We only have two main sources of water: rain and ground water. If we look for more aquifers, we can increase water supply,” said Jasareno.

Part of the budget next year will also be used to procure 15 new ground penetrating radars (GPRs) that will map geohazard zones or areas prone to flooding and landslides due to rain.

GPRs enable geologists to ascertain, without drilling, what type and strength rocks are below the ground – much like how an x-ray works.

The country has but one functioning GPR currently being used by a 5-man team of government geologists in mapping possible sinkholes in Bohol, where the epicenter of October’s 7.2-magnitude earthquake was located.

These equipments will allow completion of geohazard maps with a scale of 1:10,000 – more detailed maps that will replace those with scales of 1:50,000 currently used by cities and municipalities.

Every region will be allocated one ground radar, each amounting to around P6 million. – Rappler.com