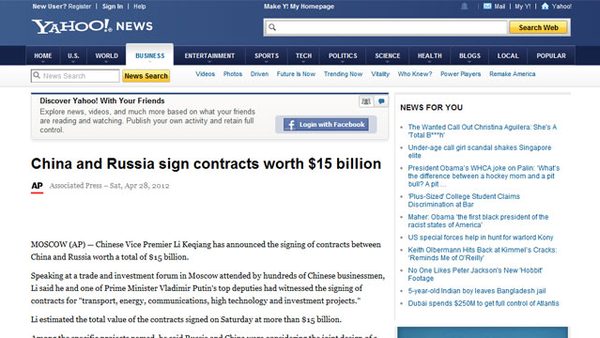 Over the weekend, energy hungry China announced that it will extend a two-year US$8 billion loan to poverty-stricken but oil-rich South Sudan. It also announced that it would be signing US$15 billion-worth investment contracts with Russia. In both nations, these deals involve infrastructure projects, ranging from roads, telecommunications, agriculture, and other investment projects.

Read about China’s loan to South Sudan on Rappler.

Read about China’s investments in Russia on Yahoo News.