Air Force chopper for relief ops goes down in Leyte

Dec 6, 2013 6:57 PM PHT
Rappler.com
Facebook Twitter Copy URL
Copied
The Air Force is investigating if the cause of the accident. The pilot and two social workers have been treated for injuries at the Buraen District Hospital. 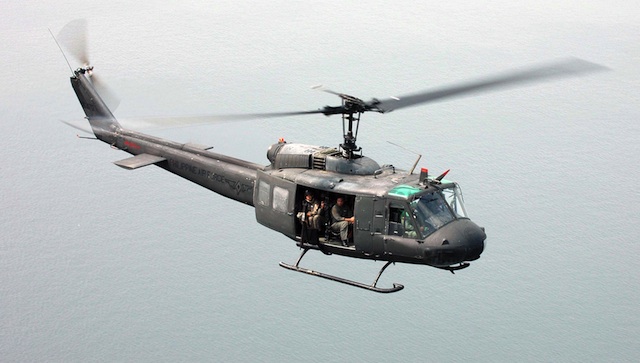 A UH1H (Huey) went down between Buraen and La Paz towns around 3:30 pm. The pilot and the two Department of Social Welfare and Development (DSWD) personnel were brought to the Buraen District Hospital to be treated for injuries, according to PAF spokesperson Colonel Miguel Okol.

“Aircraft accident investigation board has been convened to determine the cause of the incident. It may be due to environmental, mechanical, or human factors,” Okol said.

It’s the 4th week since super typhoon Yolanda flattened towns and cities in the Visayas. Government has started rehabilitation in many parts of central Philippines.

At least 5,786 were killed, 26,33 were injured, and 1,779 are still missing, based on latest report from the National Disaster Risk Reduction and Management Council. (READ: Death toll underreported? Prove it, I’ll resign – NDRRMC chief)

Up to 4 million were displaced with about 100,000 still staying in 385 evacuation centers nationwide. The rest are living with friends and families. – Carmela Fonbuena/Rappler.com