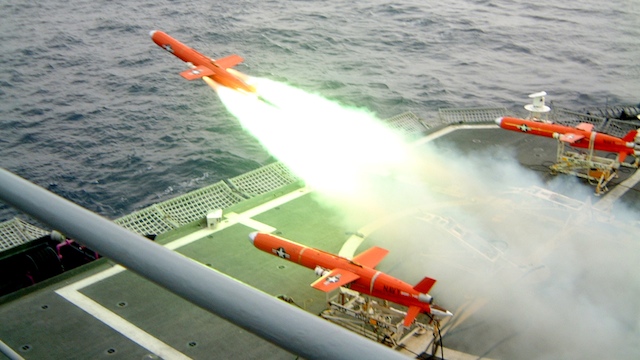 MANILA, Philippines – The Department of National Defense (DND) is inviting bidders who can supply the military with 6 sets of small unmanned aerial vehicle (UAV) sub-system or drones to expand its surveillance and reconnaisance capabilities.

It is among 4 items in the P684-million contract for the Marine Forces Imagery and Targeting Support System (MITSS) Acquisition Project for the Philippines Marine Corps.

The project consisted of:

These assets will  be used by the 3 Marine Brigades and initial Integrated Logistics Support (ILS) system, according to the invitation to bid.

The Philippines has joined the debate on the controversial use of drones especially after a July 2012 New York Times article claimed that the Philippines is one of the countries where US conducted “lethal” drone operations. US and Philippines military officials have denied this. (READ: What drones? PH not Afghanistan – US officer)

A US-made UAV crashed off Masbate in January and Davao City Vice Mayor Rodrigo Duterte later disclosed a supposed plan by the US government to use the city as an operating base for UAVs for its anti-terrorism campaign. Duterte refused. (READ: US drone crashes off Masbate – police and Duterte says no to US drones)

Bidding for the MITSS will be conducted through open competitive bidding procedures using non-discretionary “pass/fail” criterion,” it added.

The DND Bids and Award Committee will hold a pre-bid conference on Monday, December 16. – Rappler.com