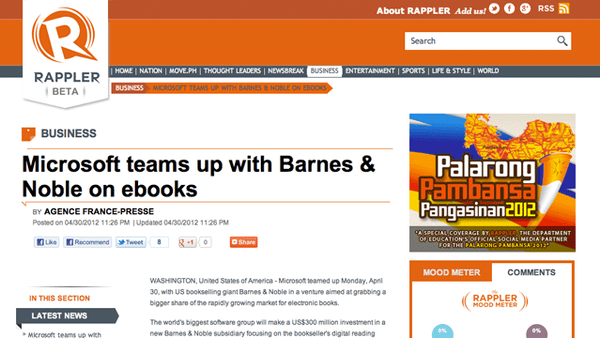 Barnes & Noble stocks skyrocketed 95% Monday before the markets even opened on news that Microsoft bought a 17.6% stake in its e-book business and its reader, Nook, for $300 million.  The bookseller announced January that it would spin off its e-book business.  This move ends a long patent dispute between the two companies and unites them against Amazon’s Kindle and Apple’s iPad.  Part of the deal includes a new Nook application in Microsoft’s Windows 8 operating system.