Dec 17, 2013 7:30 AM PHT
Facebook Twitter Copy URL
Copied
The outcome of this debate will affect how future congressional protest cases will be settled 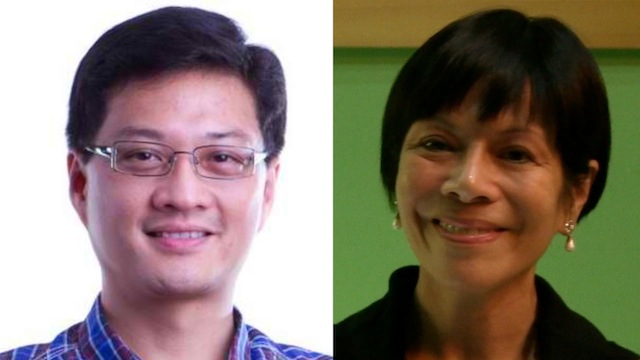 MANILA, Philippines – When does the Commission on Elections (Comelec) lose jurisdiction to the House of Representative Electoral Tribunal (HRET) over poll protests involving congressmen?

The outcome of this debate will affect how future congressional protest cases will be settled.

If the Supreme Court will insist on its most recent decision to be implemented, it will effectively clip the power of the House to handle cases against its members, and will extend the poll body’s jurisdiction beyond a winner’s proclamation.

Adding a twist to the showdown is the cast of characters. The SC ruling benefits the son of a justice of the court at the expense of a party mate of President Benigno Aquino III in the Liberal Party (LP).

In a case over the congressional seat in Marinduque, the Comelec favored Llord Allan Jay Velasco although he lost in the count. The poll body disqualified his winning rival, Regina Reyes, for failing to meet the residency and citizenship requirements.

Reyes brought the case to the High Court, which upheld the Comelec decision. Although Lourd Allan’s father, Associate Justice Presbitero Velasco, inhibited himself from the case, Reyes alleged that the justice influenced the votes of his colleagues.

On December 3, the SC denied Reyes’ appeal with finality. The House of Representatives, however, has yet to install Velasco. It had ignored Velasco’s request to be installed since Congress opened its first session in July.

The Reyes case in Marinduque

Citing the Constitution, the chamber maintains that the House of Representatives Electoral Tribunal (HRET) is the “sole judge of all contests relating to the election, returns, and qualifications of their respective members.” The legislative chamber insists that a winning congressional candidate becomes a House member as soon as she is declared winner by the local board of canvassers, which can happen on the same day as Election Day or a few days after.

“It’s a time-honored principle in the House. When a person is proclaimed by the board of canvassers and he or she has taken an oath before an officer and communicated the same with the secretary-general, it is ministerial to include her or him [in the list of House members].”

The court has a different position, however. It says a person only becomes a House member – and thus under the exclusive power of the HRET – when he or she has taken her oath before the Speaker in an open session. This happens in the morning before the State of the Nation Addrses (SONA) in late July. Before this, the court said, the Comelec keeps jurisdiction.

The Comelec issued its final ruling on Reyes’s case on June 5, 2013 – before she could take her oath before the Speaker.

The SC ruling reads: “Here, the petitioner (Reyes) cannot be considered a Member of the House of Representatives because, primarily, she has not yet assumed office. To repeat what has earlier been said, the term of office of a Member of the House of Representatives begins only ‘at noon of the 30th day of June next following their election.’ Thus, until such time, the Comelec retains jurisdiction.”

The ruling says the oathtaking should happen before an open session, which happened not on June 30 but in the morning of the SONA on July 22.

Citing previous rulings that upheld the HRET powers, Reyes argued that the latest SC ruling “lays down new jurisprudence” on when members of Congress assume office.

The Tañada case in Quezon

Here’s the problem: the High Court ruled the opposite in a strikingly similar case. (READ: LP vs LP: Regina Reyes and Toby Tañada)

While the court upheld the Comelec jurisdiction in the case of Marinduque, it disregarded the same in the congressional protest in Quezon province.

After the Quezon Board of Canvassers proclaimed Angelina Tan as winner in the congressional race in the 4th district, the Comelec en banc ruled that the votes for a nuisance candidate who shared the surname of losing bet Wigberto “Toby” Tañada Jr should be credited to the latter.

The poll body said the other Tañada’s candidacy was obviously a ploy to confuse the voters and take votes from Toby. Crediting all the Tañada votes to Toby would dislodge Tan.

The Comelec ordered the Provincial Board of Canvassers to annul Tan’s proclamation on June 28, 2013 or two days before the current 16th Congress started.

The Supreme Court, however, ruled in October that Tañada’s case should go to HRET. It reads: “Considering that Angelina had already been proclaimed as Member of the House of Representatives for the 4th District of Quezon Province on May 16, 2013, as she has in fact taken her oath and assumed office past noon time of June 30, 2013, the Court is now without jurisdiction to resolve the case at bar.”

Double loss for the ruling party

The LP had kept its hands off the cases because of their peculiarity. It didn’t want to favor one member over the other.

Little did LP imagine that it would lose in both.

LP member Oriental Mindoro Representative Rey Umali is mulling impeachment complaints against “one or two or three” justices, although he did not name them.

Tañada is now pursuing the case before the HRET.

“I find it unfortunate that the SC did not tackle the merits of my case. But with the evidence that we have, we’re confident that the HRET will see that the person behind Alvin John Tañada is my main opponent. Her lawyers were the ones who notarized his documents,” Tañada told Rappler.

Parañaque Representative Gus Tambunting of rival United Nationalist Alliance (UNA) also issued an affidavit favoring Tañada. The nuisance candidate supposedly admitted to him during the campaign that “he was just asked to file his certificate of candidacy.”

On Monday, December 16, the HRET received the documents pertaining to Tañada’s case. It couldn’t tackle the case until the Supreme Court had decided that the House-based body had jurisdiction over the the protest.

Velasco has withdrawn his case before the HRET, counting on the implementation of the SC ruling, which says the contrary: that the protest was in Comelec’s powers to decide.

Congress can ignore SC again like it did in July, but until it is resolved, it’s a question that will leave lawmakers scratching their heads. – Rappler.com