Dec 17, 2013 8:48 PM PHT
Facebook Twitter Copy URL
Copied
It's up to her to follow the lead of ex-congressman Ruffy Biazon, who resigned as Customs chief after he was tagged in the pork barrel scam 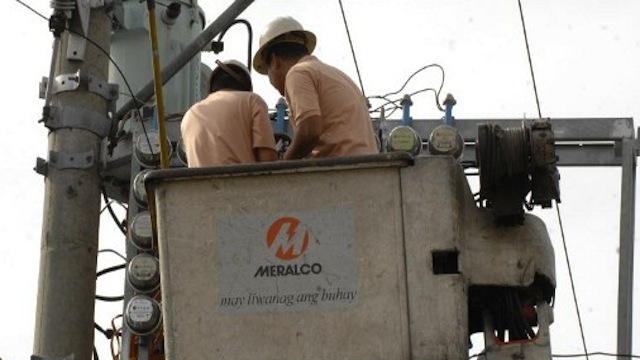 Despite the former congresswoman’s links to the multi-billion-peso pork barrel scam and her agency’s suspicious approval of the power rate hike, the Palace maintained it cannot pressure Ducut to leave her post.

The President’s office said, however, that it recognizes the views of various sectors on what they wish to happen.

On Tuesday, December 17, Presidential Communications and Operations Office Secretary Sonny Coloma said while Ducut is being linked to irregularities, she cannot be compelled to resign at the moment.

Ducut, who enjoys a fixed term after being appointed by former President Gloria Macapagal Arroyo, has so far ignored calls for her to step down.

“The situation of ERC Chairperson Ducut is that she is part of a complaint being studied by the Office of the Ombudsman. This is like the situation of former Customs Commissioner Ruffy Biazon. And like we said, there is no legal compulsion for them to take a leave or to resign,” Coloma said.

“As for former Congresswoman Ducut, she has a fixed term in her current position…so for now, we will leave it to her judgment while we acknowledge the voices of various groups over what they want to see happen.”

Biazon, also a former congressman, was also linked to the pork barrel scam. He chose to resign from his position as Customs chief after the justice department named him a respondent in the pork barrel corruption complaint.

Biazon and Ducut were named in the same batch of complaint filed with the Ombudsman.

Ducut represented the 2nd district of Pampanga from 1995 to 2004. In the pork barrel scam, she was tagged by whistleblowers as a conduit between alleged mastermind Janet Lim Napoles and some congressmen.

Napoles is accused of conniving with lawmakers to channel their Priority Development Assistance Fund (PDAF) to her bogus non-governmental organizations in exchange for hefty kickbacks. Ducut allegedly collected kickbacks for helping Napoles get congressmen’s endorsement.

Aside from Ducut’s alleged participation in the scam, she is also in the spotlight after the ERC approved a steep power rate hike which power company Manila Electric Co (Meralco) asked for. The power company says it was forced to raise prices following the one-month shutdown of the Malampaya gas pipeline, which made transmission more expensive. Its shutdown suspiciously coincided with the closing of other power sources.

The government has since started an investigation into the power rate hike, looking into a possible collusion among power producers, following cries of angry consumers.

On Wednesday, December 18, the Senate energy committee will hold a hearing to look closely into what caused the power rate hike and whether or not it is justified.

Ducut has been summoned to the hearing, although she has skipped previous hearings by the House of Representatives on the matter. At least one lawmaker, Senator Sergio Osmeña III, said the Senate would subpoena her if she refuses to attend the hearing.

These power plants provide 40% of Luzon’s electricity needs.   Because of the shutdown, Meralco was forced to source power from the Wholesale Electricity Spot Market and other power plants that ran on diesel, which was more expensive than natural gas.

For December alone, Meralco sought a total increase of P4.15 per kWh to take into account other charges such as transmission, VAT and franchise tax, system loss, and lifeline rate subsidy.

In a letter to Meralco, Ducut wrote, “The ERC grants Meralco the clearance it seeks to stagger implementation of its generation cost recovery by way of an exception to the AGRA (Automatic Generation Rate Adjustment) rules.”

ERC said the power distributor may collect the increase in 3 installments: P2 per kWh in December, P1 per kWh in February, and the balance in March. – Rappler.com