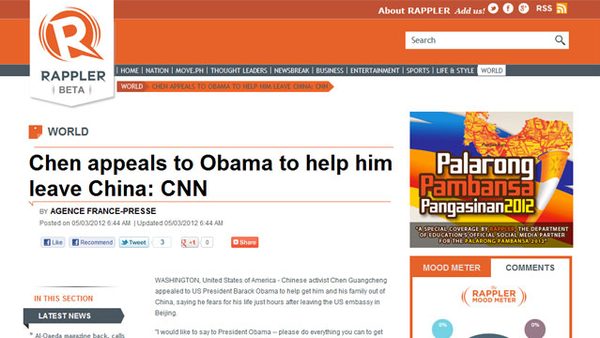 After 6 days hiding in the US embassy in Beijing, blind Chinese dissident Chen Guangcheng emerged Wedneday after a deal was supposedly struck between the US and China for his safety.  He spoke with US Secretary of State Hillary Clinton and said, “I want to kiss you.” Although China slapped the US for “interfering” in its domestic affairs, there seemed to be relief for resolving a problem that highlights the freedom in China.  Chen was under house arrest for exposing forced abortions and sterilizations.  By Thursday morning, however, Chen said he felt betrayed by US officials and appealed to President Obama for help to leave China.