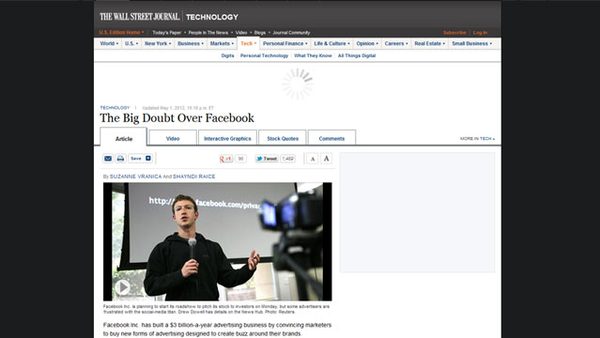 Facebook’s long-awaited initial public offering is reportedly set for May 18.  It starts pitching the stock to investors on Monday, but some are now asking – what exactly do they get for it?  Analysts said Facebook may be able to raise as much as $10 billion by going public, making it one of the most valuable IPO tech stocks of all time.  Last week, Facebook announced it now has more than 900 million monthly users, although its income dropped the first quarter after preparations for its IPO, including a $1 billion buy for Instagram.