Jan 4, 2014 11:34 PM PHT
Rappler.com
Facebook Twitter Copy URL
Copied
3 other claimants to the Swiss fund do not convince Singapore's top court that they are 'legally or beneficially entitled to the funds' 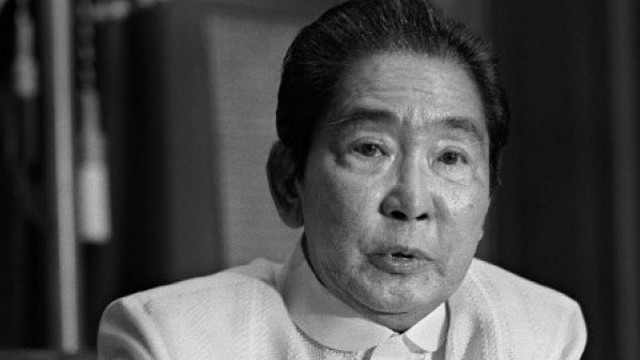 “The PCGG views the Singapore decision in a positive light. While the Court ruled that PNB has legal title to the account, PNB holds the monies in its capacity as a trustee for the republic pursuant to an escrow agreement with the government,” PCGG chairman Andres Bautista said.

The decision comes 10 years after a German bank in Singapore sought the country’s Court of Appeals to decide on the rightful owner of the funds – a total of US$30.1 million.

PNB is one of 4 claimants to Marcos’ Swiss funds, along with the Philippine government, 5 foundations allegedly set up by the dictator to hold the money in Swiss bank accounts, and 9,539 human rights victims during the Marcos era, reported The Straits Times.

“The [Philippine] Republic, Human Rights Victims and the Foundations have not satisfied us that they are legally or beneficially entitled to the Funds,” the judgment dated Dec 30, 2013 and released Thursday, January 2, said.

“We also hold that PNB has legal title to the Funds as the original named account holder with WestLB prior to the commencement of the Interpleader Proceedings. As all three contesting parties have failed in their claims for the Funds, none of them is entitled to any costs.”

At the onset of the Corazon Aquino administration in 1986, the government recovered the wealth of Marcos from Swiss accounts. In 1997, the Swiss Federal Supreme Court issued a decision to return $680 million from the accounts to the Philippines after complying with two conditions:

Both conditions have already been met: the first one in July 2003, when the Philippine Supreme Court declared Marcos’ Swiss funds ill-gotten, and the second one, when President Benigno Aquino III signed last year the Human Rights Victims Reparation and Recognition Act of 2013.

Under the law, some P10 billion funds recovered from the late dictator Ferdinand Marcos’ Swiss bank accounts will be appropriated for victims’ reparation. 80% of the amount will be spent for existing claims and 20% for future ones. (READ: Aquino: We recognize Martial Law victims)

In 2002, Swiss authorities also transferred US$658 million to PNB for safekeeping, which PNB itself placed in other banks in Singapore and Britain, including WestLB. In 2003, the human rights victims “staked” their claims.

“They had won a US$1.9 billion judgment in the United States against the Marcos estate for human rights abuses and sought to recover the sum by staking a claim on the $30.1 million with WestLB,” The Straits Times report said.

The Court of Appeals was “compelled” to reject the human rights victims’ claim to the funds because relevant documents “did not have the legal effect of transferring a proprietary interest in the Funds to the Human Rights Victims at any point in time.”

Despite the rejection, the court emphasized they “would not in any way wish to deny the moral claims of the human rights victims,” acknowledging they “deserve redress for the grievous wrongs that they have suffered.”

As for the foundations, their claims were rejected by the court as their legal title was lost when they ignored the effects of the orders of the Swiss courts and authorities in authorizing the fund transfer in Swiss deposits to be held in escrow.

The Swiss court ordered the money transferred to PNB, where the funds are held in escrow. – Rappler.com