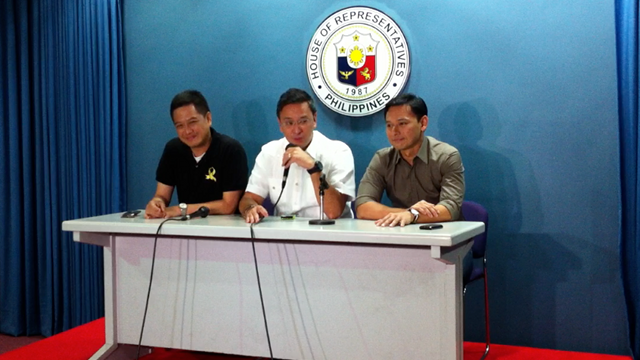 MANILA, Philippines – The impeachment trial resumes on Monday, May 7, but the prosecution panel is yet to decide how to handle reports that Chief Justice Renato Corona has US$10 million in bank deposits.

Playing safe, the prosecution panel said it is waiting for the final report of the Office of the Ombudsman.

“This is my opinion. Since there’s no final report from the Ombudsman, I feel—I may be wrong—we cannot at this point take anything based on newspaper reports,” spokesperson Lorenzo Tañada said in a press conference on Friday, May 4.

If Ombudsman Conchita Carpio-Morales finds sufficient case against Corona, she will need to submit her report to the House of Representatives, according to a lawyer who previously worked with the Office of the Ombudsman. But if there’s no evidence, she doesn’t have to make any recommendation to Congress.

Spokesperson Juan Edgardo Angara said it’s a waiting game. “It could be very material. It could be also be nothing. It could be a dead end. We have to wait for the result of the investigation. We cannot pre-empt it.”

“Maybe we can write a letter to the Office of the Ombudsman and ask that any result will be furnished to us… That’s an option righ now,” added Angara.

The prosecution panel previously suffered a lashing from senator-judges for “inaccurately” claiming that Corona has 45 properties. (Watch: Senator judges furious over ’45 properties’)

The Office of the Ombudsman has information that Corona has at least US$10,000,000 in bank deposits, the Philippine Daily Inquirer reported on April 29. The newspaper obtained a copy of the April 20, 2012 order of Carpio-Morales ordering the Chief Justice to explain assets that are supposedly disproportionate to his salaries.

A copy of the said order has not surfaced. Defense lawyers said the Chief Justice handled the Ombudsman’s order on his own.

In text messages to reporters, Corona denied that he has US$10 million. He also argued that the Ombudsman has no jurisdiction over him.

Carpio-Morales maintained she has the power to investigate impeachable officials for purposes of filing an impeachment complaint.

The prosecution panel appears wary of presenting the Ombudsman’s findings, however.

Spokespersons Romero “Miro” Quimbo said they fear it might cause unnecessary delay to the trial.

“We have enough evidence to produce a conviction. Seventy-two percent [of Filipinos] believe that there is sufficient evidence for a conviction. Baka lang makaantala ito imbes na makapagpabilis ng proseso,” he said. – Rappler.com